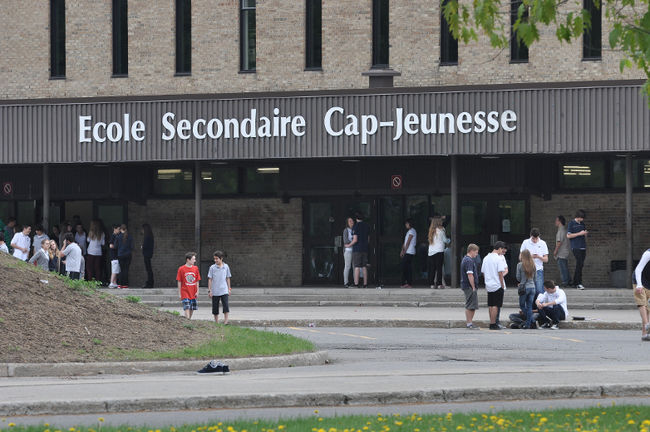 Staff at the Cap-Jeunesse high school in Saint-Jerome, Que., admitted they showed a “lack of judgment” after commanding 28, 10th graders to remove their clothing as they examined the kids searching for the phone. The phone had reportedly gone missing last week..

The students were ordered to put their phones on a teacher’s desk to prevent cheating during a math exam but one phone was unaccounted for, prompting teachers to order the strip search.

“They put us in a small room,” one teenage girl, who didn’t give her name, told QMI Agency. “(They said) ‘take off your bra, then raise your arms.’ They even tapped us on the back.”

School board spokeswoman Nadyne Brochu admits the teachers went too far. YA THINK?

“It was a disproportionate action under the circumstances,” she said.