Teacher dies at cubs game .. No matter how you slice this, it’s a sad story… A well-known and well-liked Chicago area teacher died after choking on a hot dog during the national anthem at a Cubs game. 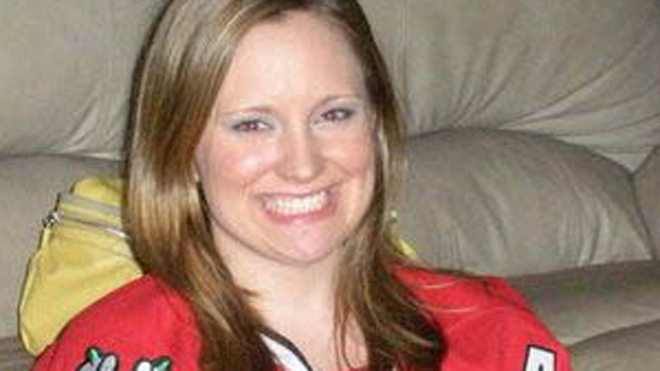 Maureen Oleskiewicz, 28, was seated in the bleachers when she began to choke on a hot dog during the National Anthem. Folks rushed to her side to try and help, but it was no use, the teacher died of cardiac arrest.

“You could see everyone rushing up to the top of the seating with a frantic look on their face. They performed CPR like I’ve never seen,” Brent Olson, an eyewitness, told the Sun-Times in an e-mail.

Tragically, the woman’s mother witnessed the awful event as she was attending the game with her daughter and seated next to her when the incident occurred.

Margaret Oleskiewicz, said the two were eating before the game and ‘the next thing, she’s on the floor.’

“He didn’t even know she was in distress and then she’s on the floor.”

Her heart is being donated to a 14-year-old girl in desperate need of one.