Are you ready for this? The two terror suspects taken into custody today drove a car with the phrase “Terrorista #1″ printed on the front novelty vanity plate..

Azamat Tazhayakov and Dias Kadyrbayev were reportedly arrested, along with one other person, for allegedly making false statements and conspiring to obstruct justice during the federal investigation into Boston Marathon bombing suspects Tamerlan and Dzhokhar Tsarnaev, officials said Wednesday. 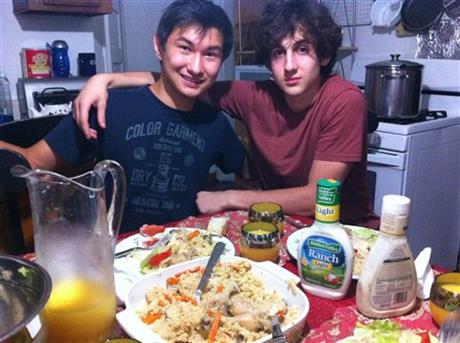 Tazhayakov and Kadrbayev, who are reportedly in FBI custody, drove around in a black BMW with “Terrorista #1″ license plates and were also photographed with Dzhokhar Tsarnaev in Times Square. dailycaller.