Some esteemed scientists are actually backing up the wild claims of some filmmakers that this really IS a pint-sized alien! The little guy measures in at only 6 inches long! The filmmakers are saying that the creature was discovered in the desert a few years ago and they’ve been studying him ever since! 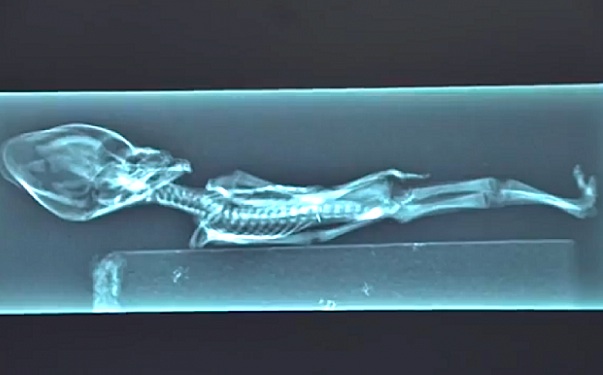 Whether or not alien life exists has been a controversial topic for centuries. The Roswell incident in particular has helped spark theories about the possibility of recovered spacecraft and extraterrestrial life forms. In 1947, accounts of an airborne object crashing in Roswell, New Mexico circulated through the U.S. While the U.S. Armed Forces stated that the craft was actually debris recovered from an experimental high-altitude surveillance balloon, conspiracy theories have continued to propagate.