cbs, game show, how do you sign up?, how to sign up, Manhattan, NBC, prime time, Tonight Show, wednesday

Million Second Quiz.. NBC says it’s planning a 12-day-long, around-the-clock competition show to air this fall! Which means this show will be the only show on NBC for 12 days straight! 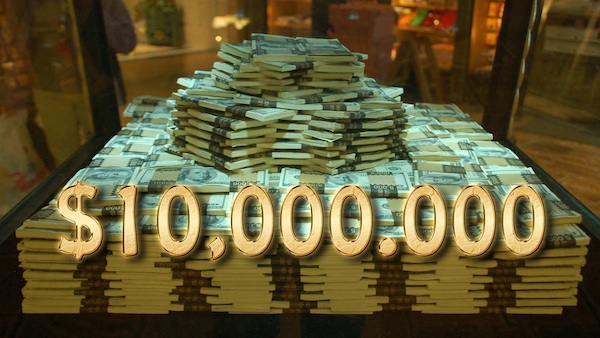 The network said Wednesday that the trivia-based game show, “The Million Second Quiz,” will air live in prime time from a specially built studio in the heart of Manhattan. This hourglass-shaped complex will also serve as the living quarters of the four finalists. When the 12 days — or 1 million seconds — draw to a close, the winner could claim a cash prize of as much as $10 million. Viewers will be able to play along in real time and sync to the prime-time broadcast. NBC’s president of alternative and late night programming calls the show “a game, a social experiment and a live interactive event.” The network didn’t announce a premiere date.