IS Zooey Deschanel one of the suspected Boston marathon bomber Terrorists? Really really? FoxNews does it again! This time with the world biggest closed caption FAIL! 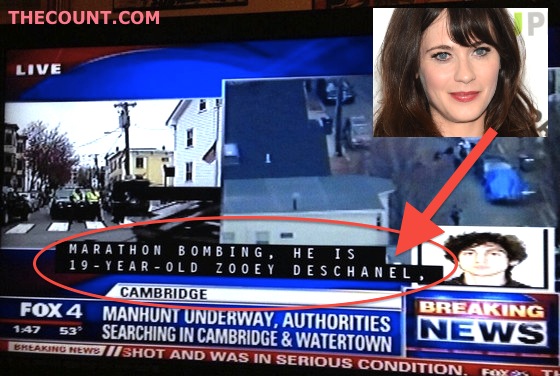 Zooey Deschanel got quite the shock yesterday when she was mistakenly identified as one of the two suspects in the Boston Marathon bombings on a local Fox News station. According to Peter Ogburn, while the radio show producer and writer was watching the manhunt for a second suspect unfold on Fox 4 Dallas-Fort Worth, the “New Girl” star’s name was misidentified in the closed captioning as 19-year-old Dzhokhar A. Tsarnaev. source. 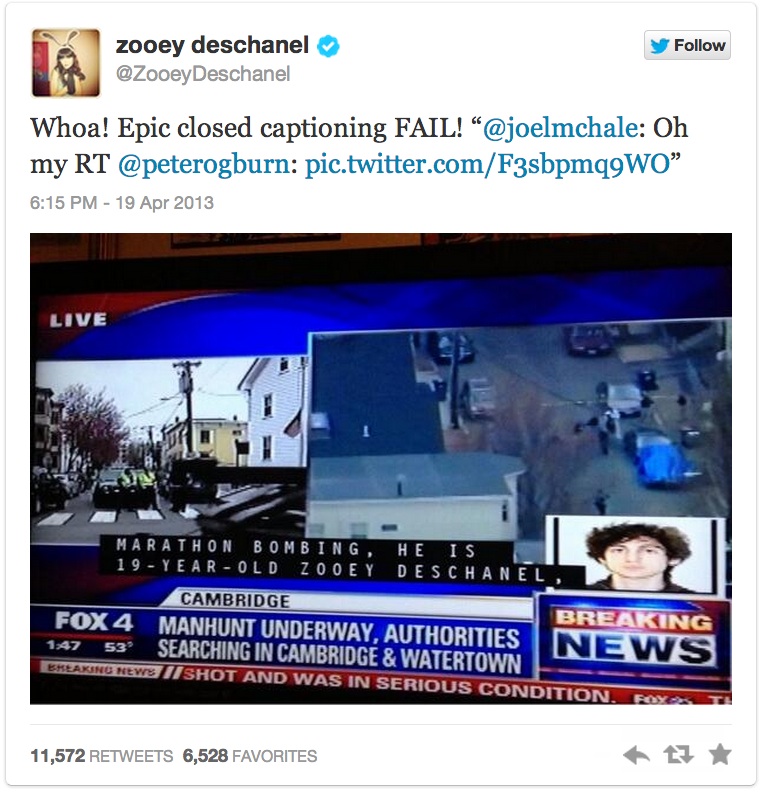