This is one of those things celebrities do that makes them look so foolish! Miley Cyrus speaking out against horse drawn carriages in NYC? The actress singer lives in Toluca Lake California! 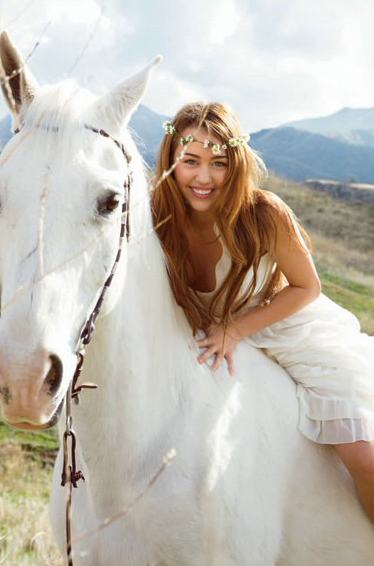 I am not taking a stance on the animal right issues that may be involved in Miley’s decision to speak out, rather, I am simply saying, get your nose out of where it does not belong! And if this has anything to do with PETA, I’m pissed off at those guys too…

And I’m not the only one that thinks this is whack! So do the good folks who own carriage companies in NYC! Who are totally pissed the pop star is attempting to shut down their biz.

Miley tweeted her support earlier this week for a petition that supports the ban of horse-drawn carriages in New York City … which didn’t go over too well with the folks at Carriage Operators of North America. Tommy Doyle, a member of the Board of Directors for CONA, tells TMZ there is no horse abuse in the industry and that the animals are “properly tended to” and “very well taken care of.”Doyle says, “How many times has Miley spent with working horses? Does she even know what a healthy horse looks like? Has she been in the barn to see these animals?” Doyle tells us Miley has an open invitation to come see the horse carriage business up close. TMZ.

So come on Miley! People’s livelihoods are at stake here! And you don’t even live in NYC! I mean, you’re just constantly sitting in your room pining over Liam these days! What the hell do you care about a horse of course?