This should be earth shattering news. Huge urban gossip website, MTO, is saying this facebook post with an apparent derogatory shade on Keyshia Cole was actually LIKED by non-other nemesis BOW DOWN BEYONCE HERSELF! Revenge is a bitch on wheels… BTW, I love the way this guy at the MTO writes! lol… 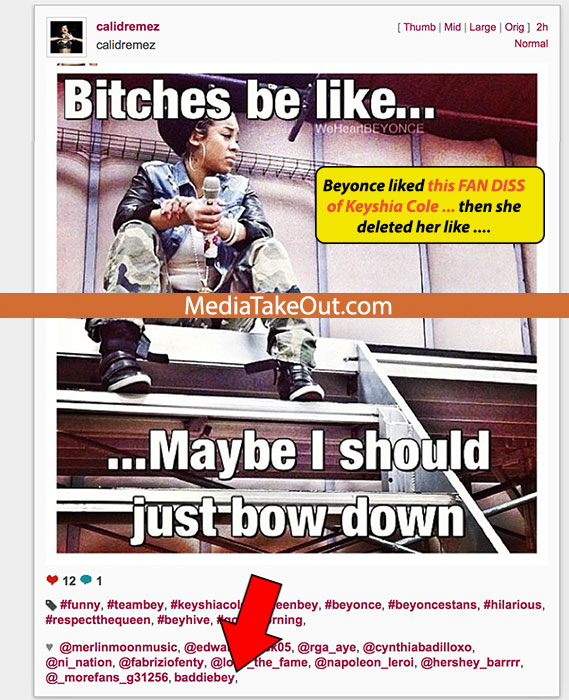 March 23, 2013: If you thought Beyonce was just gonna SIT BACK . . . and allow Keyshia Cole to F*CK WITH HER . . . you’d be wrong. An MTOer sent us a screenshot taken EARLY THIS MORNING – showing that Beyonce “LIKED” a pic on Facebook . . that was showing EXTREME SHADE towards her rival Keyshia Cole.

A few minutes later BEY AND THEM musta had a change of heart – cause it got deleted.