This is developing news guys. Early reports indicate a New Jersey father’s home was stormed by Feds and CPS after the man posted a photo of his kid dressed in camo and holding a 22 rifle on Facebook. 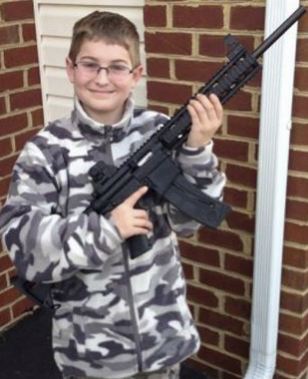 Shortly afterwards an anonymous call was made to New Jersey’s Department of Youth and Family Services, who showed up at the Moore’s home in Carneys Point last Friday demanding to see his firearms or else they would take the child. Source.

OVER THE TOP GUYS??