Daytona Beach police Chief Mike Chitwood ended up in the hospital after a suspect resisted arrest by chomped down on his finger. 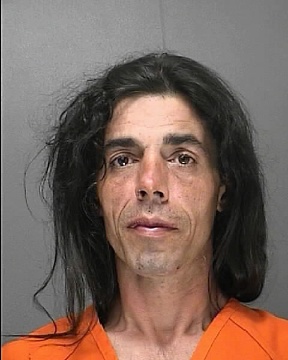 Reports say Chitwood was on a main street when a man approached him and started to tell the chief about his rights. Now this is the part of the story that sounds like the good chief may have stretched the truth a bit. Apparently when Chitwood turned to walk away(?) the suspect spit on the chief’s back. Really? Okidoki!

Now get this! The man, later identified as 43-year-old Michael Dangelo was attempting to arrest Chitwood! So says Chitwood, adding the guy was also threatening his life.

It was around that time Dangelo bit Chitwood’s finger and then the chief slammed him to the ground in perfect cop form causing him to hit his head on a parked motorcycle.

Police said Chitwood was taken to Halifax Medical Center for the bite, and was treated and later released but was Dangelo was booked into the Volusia County Jail for assault on a law enforcement officer, resisting arrest and disorderly conduct…