Dennis Rodman really knows how to stay relevant! Just when you thought you’d never hear from him again, he’s pops out of nowhere and is chilling with a world leader. And not just any world leader, America’s most hated world leader, Kim Jong Un! And guess what? Dennis says N. Korea honcho is far from the villain he is portrayed to be, and that he doesn’t even want war with the United States — He just wants President Barack Obama to call him… Interesting. 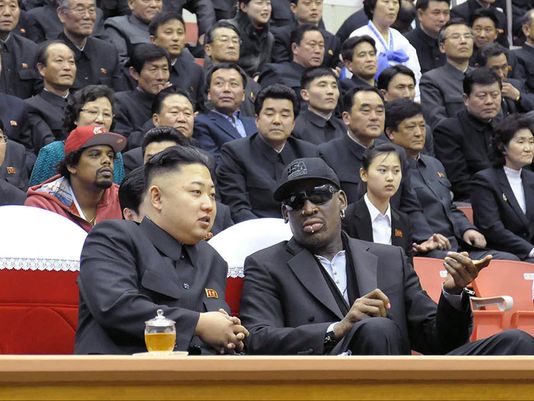 Rodman also says Obama and Kim share a love of basketball, so “let’s start there.” 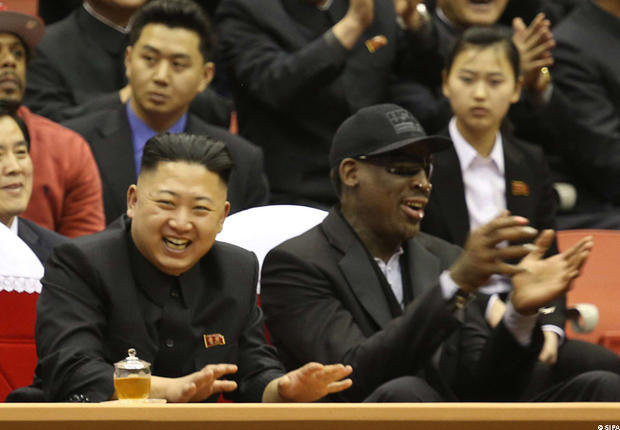 Here are five things that we learned from Dennis Rodman’s first interview about his trip.

(1) Kim Jung Un does not want war. He wants a phone call from Barack Obama.

(2) The secret to U.S.-North Korea diplomatic relations is, of course, basketball.

(3) Rodman has the best tailor. Ever.

“He was a good guy to me. He’s my friend,” Rodman said. “I don’t condone what he does. But as a person to person, he’s my friend.”
(5) Rodman hopes this doesn’t affect how you think of him.
He finished his TV appearance with “Guess what? Don’t hate me.”
source.