Pope — it’s supposed to be a job for life, but that’s not stopping this pope from retiring on his terms as in pronto. Over 100,000 faithful turned out to see the pontiff’s final prayer from the classic balcony perched high above Vatican Square. 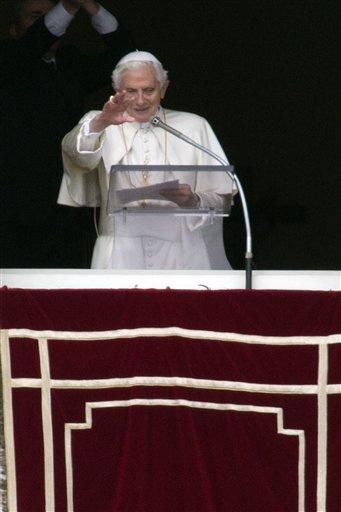 Pope Benedict XVI gave his pontificate’s final Sunday blessing from his studio window to the cheers of tens of thousands of people packing St. Peter’s Square, but sought to reassure the faithful that he wasn’t abandoning the church by retiring to spend his final years in prayer.

The 85-year-old Benedict is stepping down on Thursday evening, the first pope to do so in 600 years, after saying he no longer has the mental or physical strength to lead the world’s 1.2 billion Catholics.

But while he has lately looked tired and frail, the crowd filling the cobblestone square seemed to energize him, and he spoke in a clear, strong voice, repeatedly thanking the faithful for their closeness and affection as they interrupted him, again and again, with applause and cheers. Police estimated some 100,000 people turned out. AP.