Baseball great, Steve Garvey, announced that he is auctioning-off several of his personal momentos such as his prized MVP trophy… “I was thrown a pretty good curveball by God,” said Garvey, “I felt I was being challenged to work for prostate awareness for men and the women who love them.” LATimes. 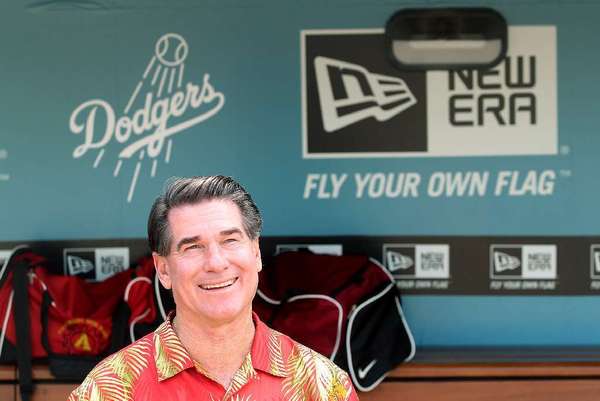 Garvey had his prostate was removed at UCLA Medical Center back in October, a month after the cancer was diagnosed.

Garvey’s  father was diagnosed with prostate cancer at the same age as his son, 64, and lived to be 83. Steve’s surgery went well but he’s not out of the woods yet, “but you want to be cautiously optimistic.”

Garvey was huge in his day playing 13 seasons with the Dodgers, and,  along with Davey Lopes, Bill Russell and Ron Cey, part of the most enduring infield in baseball history.