‘Give Me Everything’ Pitbull CRUSHES Lindsay Lohan In Court

Pitbull‘s classic hit, Give Me Everything, included the now infamous line, “I got it locked up like Lindsay Lohan,” just won a huge legal victory against Lindsay Lohan! The actress claimed that Pitbull’s song caused her pain and suffering… 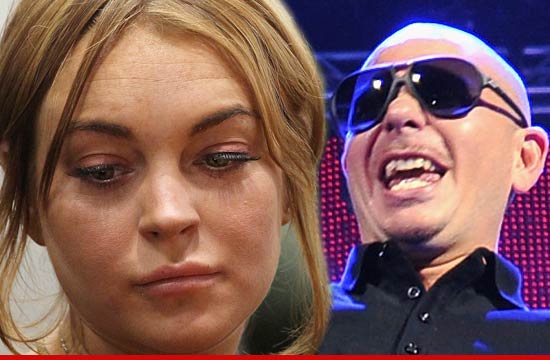 Lohan claimed Pitbull never got permission to use her name … and therefore he had no right to profit off of it.

But today a New York federal judge sided with Pitbull … ruling that Lindsay is dead wrong on the law — because the song is a work of art protected by the 1st amendment PLUS Lindsay’s barely even mentioned in it.