I guess this is a bit troubling, a giant sunspot that’s at least six times the diameter of Earth has just formed on the sun says NASA. 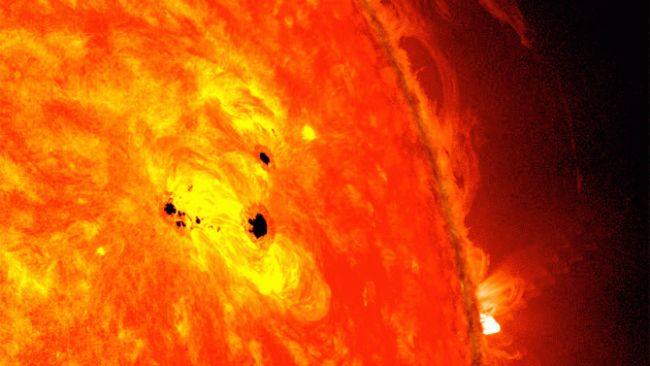 Sunspots form when the sun’s magnetic fields rearrange and realign. They tend to be unstable and can lead to solar flares.

According to a news release, scientists from NASA’s Solar Dynamics Observatory watched the sunspot rapidly grow on February 19 and 20. The agency says it could even be larger than six times the diameter of Earth “since the spot lies on a sphere not a flat disk.”

Sun activity goes through cycles that stretch about 11 years. Currently the sun is moving toward the peak of a very energetic cycle which scientists expect to last through the middle of this year.