Associated Press, Automobile, Jerry Parker, Pittsburgh Police, Space Shuttle, sunday, The Little Girl, Your Guess is as Good as Mine

How low? How low in age can you go? Before you’d think someone is to simply too young to start committing crime? How about 6-years-old? Is that low enough for you? These days who knows? Anything seems possible… Maybe someday I’ll be writing about a 3 year old stealing the space shuttle… This time it’s a little girl aged 6 – stealing her mom’s BMW to drive across town to visit her father. The brat was unharmed which is more than I can say for about a half dozen vehicles she crashed into along her joyride. I don’t mean to make light of the situation, obviously the child was very frightened to be at home. 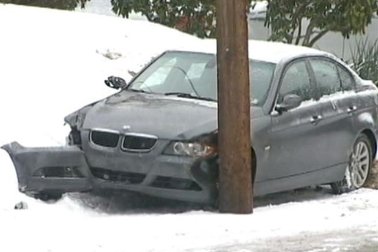 Pittsburgh police say a determined 6-year-old girl didn’t hurt anyone when she crashed her mother’s car while trying to drive across town to visit her father.

Police haven’t released the name of the girl whose mother was reportedly still sleeping when the girl took the woman’s car keys about 9 a.m. Sunday.

Police Sgt. Jerry Parker tells reporters the little girl is tall for her age, but adds: “How she knew how to operate a car, your guess is as good as mine.”

Police say the girl hit two parked vehicles, pushing one of them into a third, before hitting a utility pole.

Police and the girl’s father arrived to take her home after the accident.

Police are still investigating but haven’t said if anyone will face charges. source.