Lil Za managed to get himself pulled over again today! That white Ferrari is the devil’s work! One evil whip! Which may be why LAPD just LOVES it! 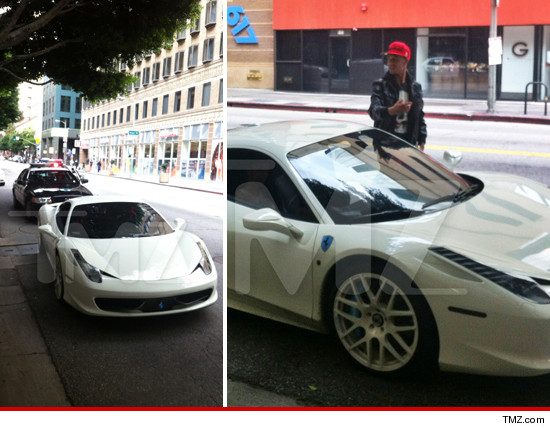 According to an eye witness, the car pulled up to a Chipotle around noon in downtown Los Angeles when Za dropped off a female passenger and then took off. The witness says he saw the car make a u-turn … and moments later, cops pulled the car over. The witness says Za was given a ticket and, after about 20 minutes, sent on his way.Bieber was not there at the time. As TMZ first reported, Lil Za was pulled over early Friday morning (see below) and cited for driving without a license. He could have been arrested then, but cops cut him a break.
tmz