Talk about some extremely wacky weather! Salt truck drivers in Grand Rapids Michigan are reporting their efforts to clear the roads of snow and ice are failing as the tons of salt they are spewing to combat the white stuff is simply having “no effect”. 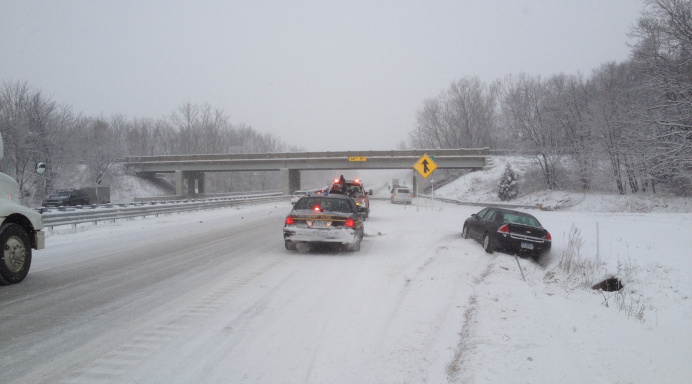 It is so damn cold, industrial strength salt used to melt ice and snow off roadways is having minimal or no effect at all, a phenomenon truck drivers are saying they are not used to experiencing.

“The crews will scrape off all the snow they can get, then before rush hour, we’ll put a mixture of sand, salt, and calcium chloride down; to give it some traction,” said city maintenance man, Jerry Byrne.

Temperatures are in the single digits and when it is this cold, salt barely has any effect, so “hell-bent on trumping mother nature” officials have instead come up with a chemical concoction to chuck all over the streets.

And if the freakishly cold temperatures weren’t enough, this Waterspout was spotted above Lake Michigan by storm chasers. 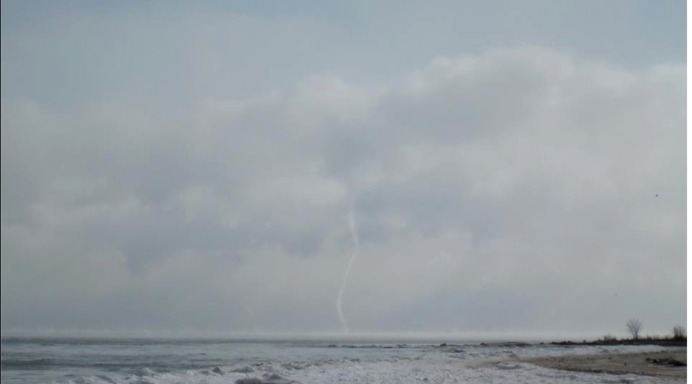 Funnel clouds are most common in late summer early fall. Weather conditions combining to create one of these twisters is extremely unusual for this time of year, say experts.