These are not the results NFL team owners were hoping for by any stretch, NFL linebacker Junior Seau committed suicide because he secretly suffered a debilitating brain disease caused by two decades worth of hits to the head. 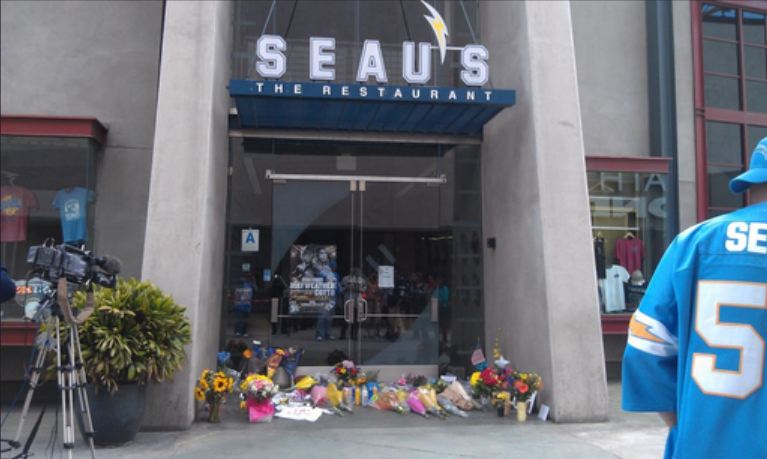 Seau, 43, was a beloved San Diego’s Chargers Linebacker who also went on to play for other teams, shot himself in the chest at his Oceanside Ca, home, He left behind four children.

It was Seau’s own family who donated the all-star player’s brain to neuroscientists who are conducting ongoing research on traumatic brain injury and football players.

Gina Seau, his ex-wife said Seau had expressed having difficulty sleeping and seemed to become withdrawn and “detached emotionally” from his children. In one exchange, he described his mood as “low” and “dark.”

“A lot of things, towards the end of his life, patterns that we saw and things that worried us, it makes sense now,” she said of the diagnosis.

The night before he killed himself, Seau sent a text to his ex-wife and kids saying, “I love you.” The text would sadly become his last words.