Lindsay Lohan, displaying one of her classic “Lindsay grins,” probably proud of herself for getting back to her hotel before the clock struck midnight. A lot of gossip, news websites ran this picture captioning Lindsay as bloated and looking old, all this on the first day of a new year. I say layoff Lohan. At least until she does something stupid for real. 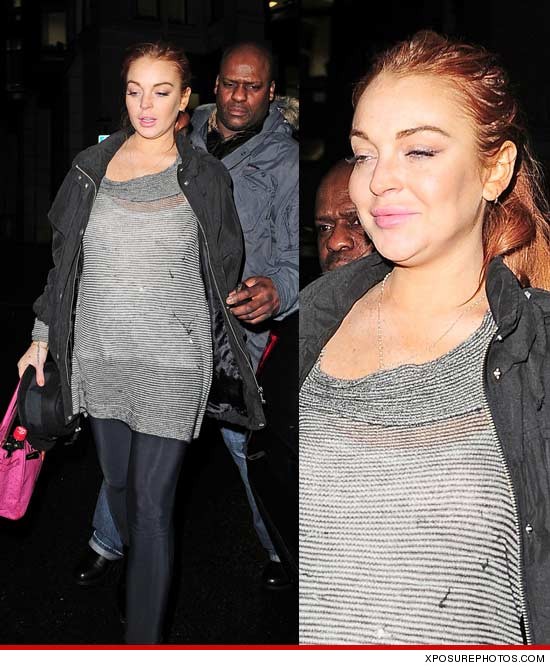 TMZ saw this picture this way:

The photos tell the story — it was a rough year for Lindsay Lohan.

These pics of Lindsay were snapped as she returned to her London hotel just before the stroke of midnight.

Why didn’t the gossip mags focus on the fact that she was actually was being a good girl for a change? I guess that don’t sell.

Okay I agree, Lindsay does not look her best here, but how much can you beat-up on a female’s looks, before you start looking like a bully yourself? Most firehouse-gingers will tell you that growing old gracefully is not one of their strong points, genetically speaking. So come on guys, I never thought I’d say this but, layoff Lohan, a little.

Now Lindsay, you go out and do something awful so you can properly make the news in 2013.