Jamie Foxx On New Flick: ‘I Kill All The White People In The Movie, How Great Is That?’

Firstly, I hope Jamie Foxx doesn’t go ape like a bunch of other comedians in the past, but I fear he is showing strong signs of bad judgment lately in the form of diarrhea mouth.

Appearing on Saturday Night Live Fox cheerfully expressed his joy in getting cast in a role where he was able to “kill all of the white people in the movie,” he even exclaims, “how great is that?” 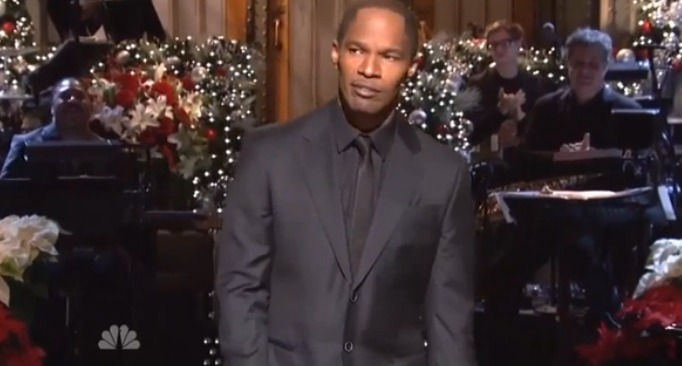 And I fully understand this is supposed to be comedy but Foxx delivered the line in an arrogant and menacing way that made it more scary than funny.

I just remembered, I’m probably very turned off by this because I really cannot stand it when comedians or entertainers in general, get political. Foxx went on to do some heavy gushing on Obama.