Okay a bit of good news! At least good news for all the single guys out there! Hayden Panettiere and her jock boyfriend Scotty McKnight are officially over!

Apparently, the breakup occurred a few weeks ago but only now are details becoming available publicly. 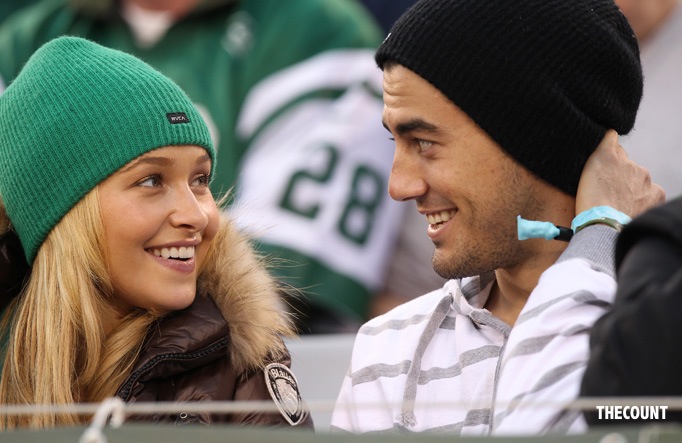 Our friends at TMZ have this report:

Hayden Panettiere and her football player boyfriend Scotty McKnight are officially broken up … this according to sources close to the couple.

Sources tell us … the two broke up a couple of weeks ago … but it wasn’t a nasty breakup. We’re told the two are still “really good friends.”

One source tells us, “They will probably be back together sometime down the road.”

Scotty — who played for the NY Jets — is the 2nd pro athlete Hayden has dated — she was with pro boxer Wladimir Klitschko for a year and a half starting in late 2010.

Meanwhile, Hayden’s already showing signs of post-breakup hotness … as demonstrated below in a screen grab from her show “Nashville.”