It honestly seems like a million years ago that Oksana Grigorieva and Mel Gibson were at war in their divorce. I guess I should have figured that she would have surfaced sooner or later but seriously, with a hip-hop album? Come again? 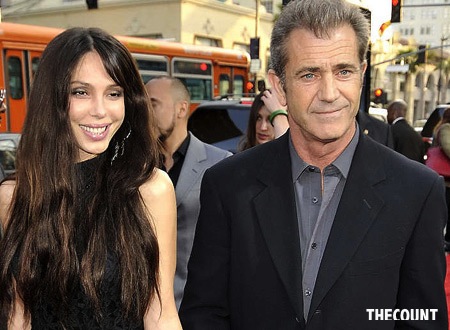 The hard-working kids over there at TMZ are saying,

Move over, Nicki Minaj — TMZ has learned Oksana Grigorieva is planning to release new music … and the new tracks will be HIP-HOP/DANCE songs. Yes, really.

Grigorieva’s rep, Steve Jaffe, tells TMZ that Oksana has already completed the first song, “Dark Secret,” and she is currently in the process of shooting a music video.

Jaffe says Oksana — who is not currently dating — is “extremely happy” with the new direction of her music and it should be released via iTunes in February 2013.

The sad part about this whole project is that no matter how good it comes out, nobody’s going to buy it. This woman had a chance to make her money and that was in extorting Gibson. Game over, disappear already.