File this under, “Informational,” finally the autopsy report released in the death of Notorious B.I.G. 15 years later… 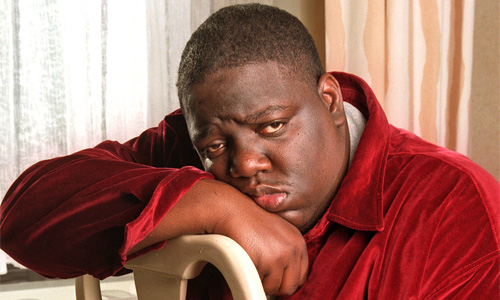 After looking at the details I couldn’t help but notice, if it wasn’t for that fourth bullet, I think Christopher Wallace would be alive today.

• Gunshot #1 struck Wallace in the left forearm and traveled down to his wrist.

• Gunshot #2 struck Wallace in the back, missed all vital organs, and exited through his left shoulder.

• Gunshot #3 struck Wallace on his outer left thigh and exited through his inner left thigh. The bullet then struck the left side of the scrotum, “causing a very shallow, 3/8 inch laceration.”

• Gunshot #4 struck Wallace on his right hip and ripped its way through several vital organs, perforating Wallace’s colon, liver, heart and the upper lobe of his left lung. 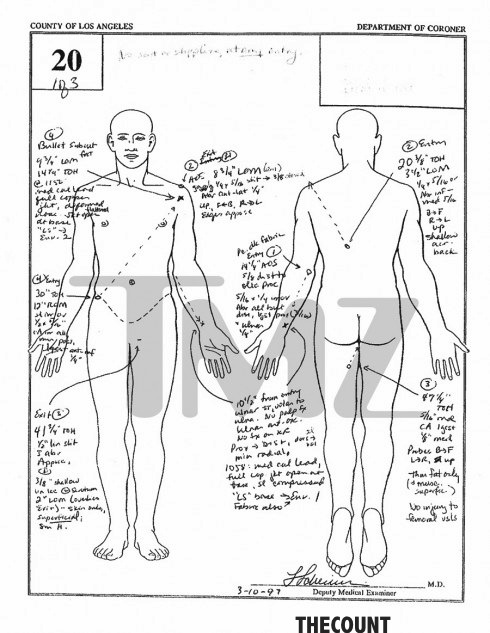 Following the shooting, Wallace was transferred to the Cedars Sinai Medical Center in Los Angeles where doctors performed an emergency thoracotomy but it was too late. Wallace was pronounced dead at 1:15 a.m. His body was later identified by his mother and wife.

The report also revealed that two of the bullets were found on the gurney that transported Wallace to the hospital. Another bullet was found at the hospital after his body was turned over.

Wallace was just 24 at the time of his death.