I think these two make a pretty good couple, for the moment anyway. Country bumpkin, Taylor Swift and One direction‘s Harry Styles doing a little hand holding in New York City… Could this mean in private, they’re holding each other’s – other body parts? We’ll just have to wait and see the tattoos… Taylor Swift Styles… Hmm… 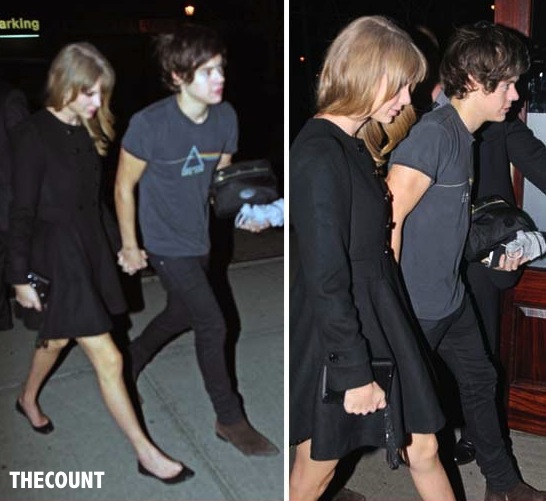 The canoodling has escalated to FULL ON PDA … with country music dating machine Taylor Swift HOLDING HANDS with One Direction singer Harry Styles as they arrived to her NYC hotel in the wee hours of Tuesday morning.

As we previously reported, the two have been spending a lot of time together lately … and took a romantic stroll around Central Park earlier this week.

If history repeats itself, “Haylor” will enjoy a few more weeks of dating bliss before things go sour, Swift writes a breakup anthem and moves on to the next unsuspecting hit maker.