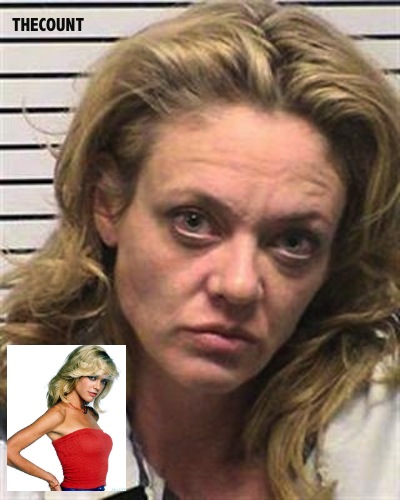 This photo provided by Iredell County, NC, sheriffÃ­s department, Lisa Robin Kelly is shown. Kelly is free on bond after being arrested for assault. Police in the Charlotte, N.C., suburb of Mooresville arrested the 42-year-old Kelly and 61-year-old husband Robert Joseph Gilliam after responding to a disturbance at their home Monday, Nov. 26, 2012. Both are free on bond. Gilliam is charged with misdemeanor assault on a female. Kelly is charged with misdemeanor assault. They were taken to the Iredell County Detention Center and released on $500 bond apiece. They have a court date of Jan. 25. It’s not known if either has an attorney. Kelly portrayed Laurie Forman, sister of Topher Grace’s lead character Eric, on the FOX series, which ended in 2006. She also appeared on the TV shows “Murphy Brown” and “Married . . . With Children.” (AP Photo/Iredell County, NC, sheriffÃ­s department)