Remember Gennifer Flowers? She is the woman who had an affair with then President Bill Clinton, well, she’s back…

Flowers appeared recently on a New Orleans TV program where she was interviewed by reporter Susan Roesgen. 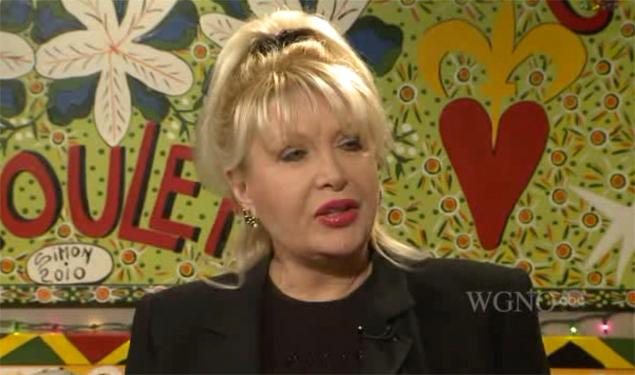 “It amazes me that this type of thing continues to happen,” said Flowers, now 62, “I made him [Clinton] a household name overnight. We had had that discussion. He said, ‘My problem right now is that no one knows who I am. I need that name recognition.’ He went on to talk about the other candidates and the advantages they had. When my story came out, he was a household name.”

“Are you serious?” Roesgen asked.

Flowers wore a velvet and chiffon fringed shawl over a black dress and admitted enjoying to listening to poets read X-rated poems.

Monica Lewinsky was Bill Clinton’s other, other woman and she also wore a dress, a blue dress.