I will have to conclude these pictures were photoshopped a bit, maybe a digital tummy tuck? According to People, Back to the future electronics giant The Sharper Imageemployed Megan Fox as a model – when she was four months pregnant. 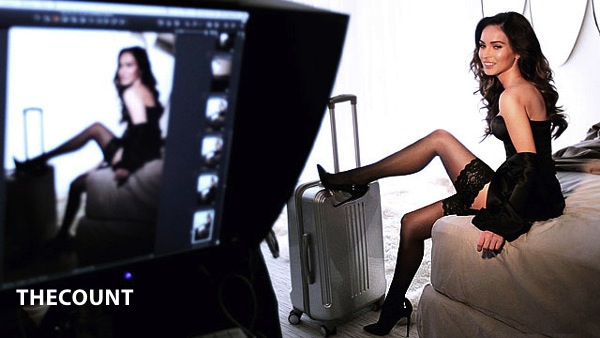 “I have always been a bit of a gadget geek and into different types of technology,” the Transformers star said in a statement. “The campaign is a good fit for me because I love electronics.”

Megan gave birth to a son, Noah, on September 27, and announced the news on her Facebook page last week.

“We have been very lucky to have had a peaceful few weeks at home, but I would like to release this myself before others do. I gave birth to our son Noah Shannon Green on September 27th. He is healthy, happy, and perfect,” she wrote.

Megan is the face of The Sharper Image’s new “Guys Love Gadgets” campaign, which is part of its focus for the 2012 holiday shopping season.