‘Supermoon’ Rises May 5 on Night of Cinco De Mayo

We are on the brink of witnessing a huge moon this weekend, being the biggest moon of this entire year of 2012. 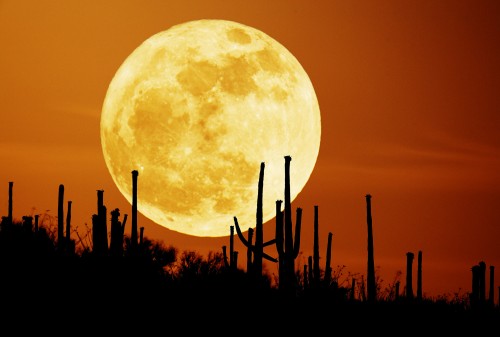 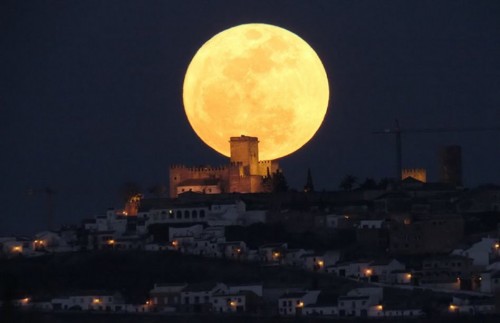 Space.com says “The moon will swing in 221,802 miles (356,955 kilometers) from our planet, offering skywatchers a spectacular view of an extra-big, extra-bright moon.”

“And not only does the moon’s perigee coincide with full moon this month, but this perigee will be the nearest to Earth of any this year, as the distance of the moon’s close approach varies by about 3 percent, according to meteorologist Joe Rao, SPACE.com’s skywatching columnist. This happens because the moon’s orbit is not perfectly circular.” 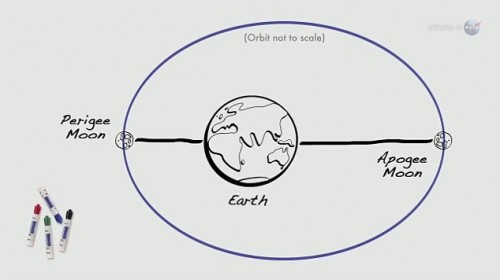 “This month’s full moon is due to be about 16 percent brighter than average. In contrast, later this year on Nov. 28, the full moon will coincide with apogee, the moon’s farthest approach, offering a particularly small and dim full moon.”

“Though the unusual appearance of this month’s full moon may be surprising to some, there’s no reason for alarm, scientists warn. The slight distance difference isn’t enough to cause any earthquakes or extreme tidal effects, experts say.”

“However, the normal tides around the world will be particularly high and low. At perigee, the moon will exert about 42 percent more tidal force than it will during its next apogee two weeks later, Rao said.”

“The last supermoon occurred in March 2011.”

“To view this weekend’s supermoon to best effect, look for it just after it rises or before it sets, when it is close to the horizon. There, you can catch a view of the moon behind buildings or trees, an effect which produces an optical illusion, making the moon seem even larger than it really is.”