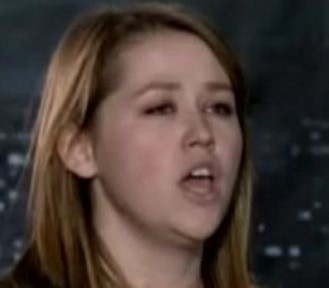 Jim Carrey has a 24 year old daughter from his first wife, and she auditioned for American Idol. 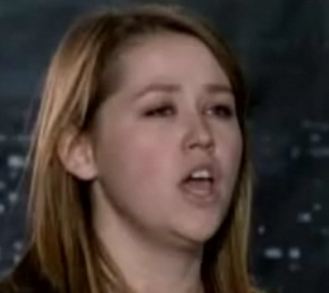 Jane Carrey, who says shes a waitress in L.A., thinks it’s been sort of hard having a super famous Father. She expresses, “It’s difficult growing up in a shadow trying to find your way,” said Jane. “I feel like there is all this pressure to make it, but better … I am here to just make my place in the world.”

Jane sang Bonnie Raitt’s “Something to Talk About”, and it didn’t really blow the judges away, nor did it blow me away!

She did pretty average, but since she’s a nice daughter of a superstar, then they let her through. Not to mention, her Dad used to work with JLo on old show “In Living Color” back before they both made it big! Just helping a friend out?? I’d say so.

We hope she gets better and succeeds! We love Jim!