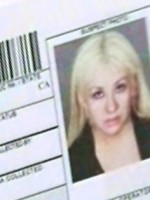 Just 1 day after Christina Aguilera was taken into jail for being so drunk that she couldn’t function, and her boyfriend put in the slammer as well, for being hammered at the wheel- driving them around town… she magically lands a prestigious gig as a coach/judge on Mark Burnett’s singing competition series “The Voice”. This NBC show will have celebrity singers fill three spots on the judging panel. Aguilera is joining Cee Lo Green and Adam Levine on the panel.

Wow, she is such a role model! So if I go out and get a DUI, does that mean I can get a high-paying TV gig too!? Ttyl everybody, gonna go boozin’! (FYI- that was sarcasm!)