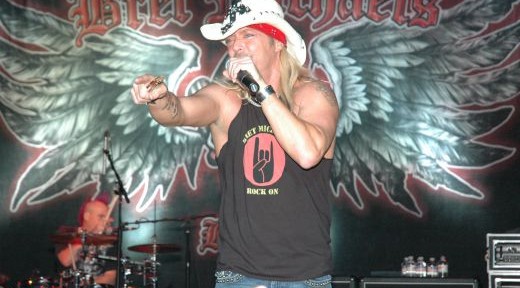 About 60 miles just North of Fort Wayne, Indiana, in DeKalb County, Bret Michael’s 2 tour buses were stopped by police, and then searched by K-9 drug dogs! Bret’s tour was on their way to Sault Ste. Marie, Michigan for a show at “Kewadin Casino”.

The DeKalb County Sheriff’s Office said Bret was onboard one of the two tour buses when cops made the stop at around 11:30 PM Wednesday night. K-9s sniffed the busses and found marijuana on the bus that Bret was on. The police searched the 2nd bus that Bret was not on, and found “Schedule II controlled substances” inside, and the police said “they were illegal drugs”.

The police issued citations, but no arrests were made. The case is being forwarded to DeKalb County prosecutors.

I wonder why they buses were stopped in the first place? Bad bus driver? Bored policemen? I’m Glad Bret got off the hook!