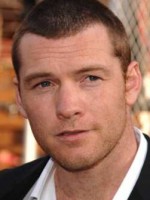 I was re-watching my favorite part in Terminator Salvation with the very sexy Sam Worthington being tied up and questioned.  I loved that scene! Mostly because it reminds me of a wicked party I had in college but also because of Worthington’s glistening rock hard bod.  However there was something I caught this viewing that I had not previously noticed.  Probably because I keep the sound muted as not to distract me from his twelve pack.  I heard  some sort of gruff accent.  I quickly scurried to IMDB where my suspicions where quickly confirmed, he was an Aussie! Suddenly I realized that Vegemite eaters were everywhere. When did this happen?  And I’m not talking about my mother’s Australians Hugh, Mel and Russell.   I’m talking about ridiculous hot young dingo riders that have seemingly sprouted over night.   Please don’t get me wrong, I harbor no hostility against Australians even though Julian McMahon constantly steals my parking space without apology!  No, I’m just a little shocked how seamlessly this new wave of Australians  have managed to invade Hollywood.   They prove to be more chameleon-like than those tricky Canadians.

Case in point, Jason Stackhouse, Ryan Kwanten, 33.   I watched “True Blood” for years,  how could I  not have seen this before?   He does have that koala lovin’ look about him and his accent is constantly peeking through but when you look like him who’s really listens to you anyway?  Honestly,  I can only understand every other word my sexy Australian work husband Tony says but one of the best things about Australians are they’re so laid back.   He takes little offense to me telling him to shut up and shoving the ball gag back in his mouth. 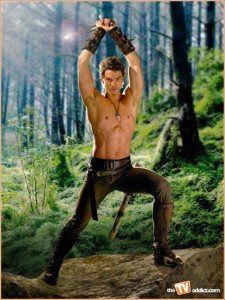 Well , I won’t be marching in the Kangaroo Jack pride parade anytime soon but in the meantime I’ll  enjoy Australia’s latest exports.