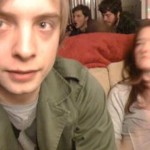 Sad news for literature fans. Reading Rainbow, the PBS childrens’ show that inspired millions of kids to read (including me), has ended. Today’s episode will be its last after an impressive 26 year run.

The show, hosted by LeVar Burton, would profile a new book in each episode, usually accompanied by animation or some sort of adaptation of the work.  The show would always end with children reviewing other books.  Throughout the series, Burton toured the world, teaching children about other cultures and the literature they read.

PBS says the show is coming to end because lack of funding and a general change in the world of children’s television. The approach of Reading Rainbow, teaching children why reading is fun, isn’t as popular as it was 26 years ago.  That, paired with a cash shortage for the show, brought it to an end.

So ends another chapter from my childhood.  Thanks for the memories, Reading Rainbow!