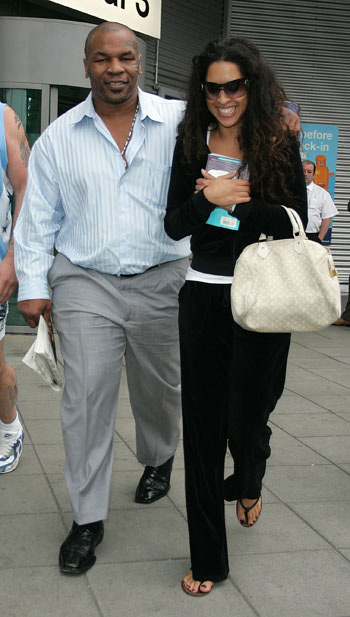 It has been confirmed that Mike Tyson married his girlfriend Lakiha Spicer in a secret Las Vegas ceremony this past weekend. Lakiha, has reportedly helped him cope with the grief of losing his daughter in a tragic accident 2 weeks ago.

Congrats to Iron Mike and his new wife. Although the timing is questionable, one must not ever question the motives of a man that bites another man’s ear off.

Since they were in Vegas, I wonder  if those zany bearded  guys from “The Hangover” through him a proper bachelor party with his pet tiger et al?