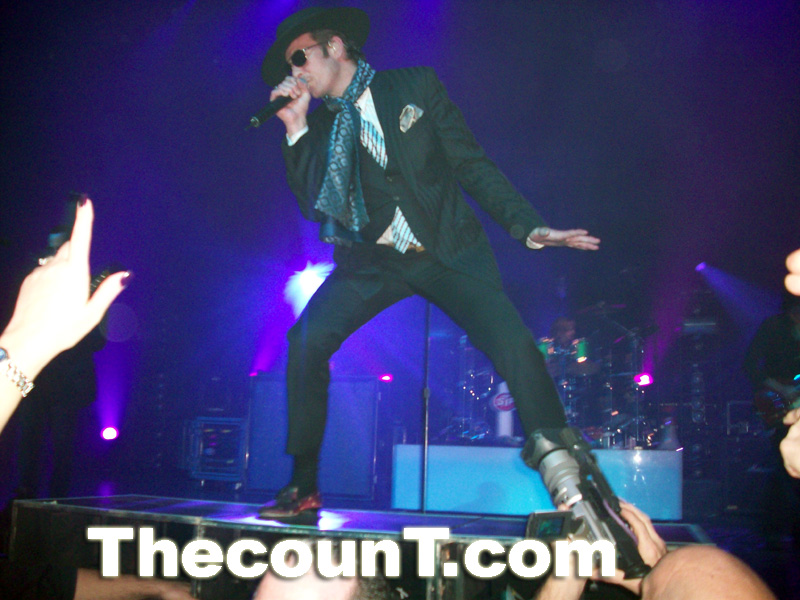 One of our all time favorite bands, Stone Temple Pilots, put on their last show in Vegas. We were there to experience it up front and in the middle.

No messing around for Scott Weiland. No half ass or careless performing. ONLY the BEST this time around. About a month ago, we gave a bad review of Scott’s solo performance on Jimmy Kimmel Live. We thought, “Oh no, not the drugs again!” We were worried that our man Scott was falling to pieces again. We wondered why his former band Velvet Revolver was done playing. Then we heard he was getting back with his original band STP; but turned out wishy washy. Mr. Weiland’s Jimmy Kimmel solo performance debuting his solo record, “Happy in Galoshes”, was an out-of-tune nightmare. At this point, we were thinking about getting back on the drugs! J/K! 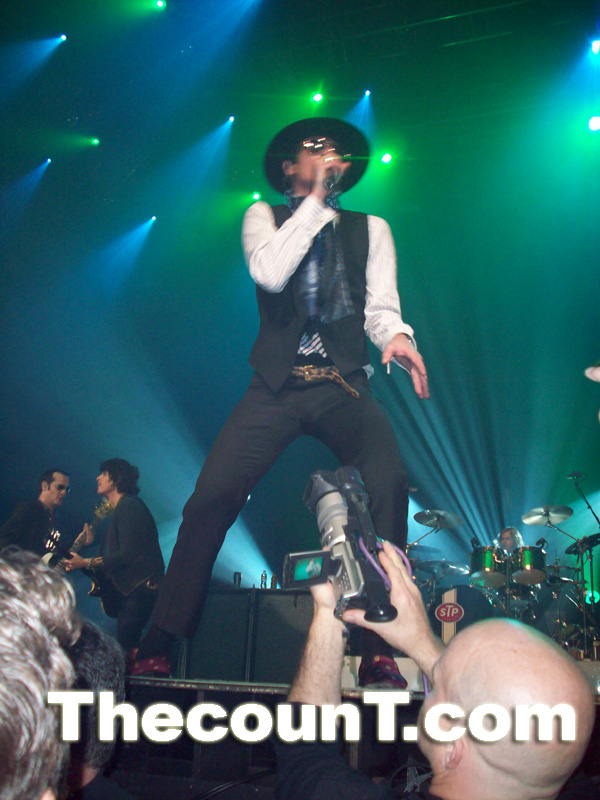 The sun burst through the clouds. The holy choir sang and the church bells rang. Out comes Scott smoking hot. Gangster brimmed hat, tight fitting pants, silk Asian pinkish-colored dress shoes, a sheik neck scarf, a pen-striped suit coat and a nice classy vest. He steps front and center to the edge of the stage and owns the entire room. Gliding around the stage in his silk loafers, he dances weightless and real. Countess hits were played from albums Core, Purple and Tiny Songs…From the Vatican Gift Shop. Hit songs “Creep”, “Interstate Love Song”, “Big Bang Baby” and “Vaseline” were played just to name a few. In between songs, Scott told the audience little stories about where and how the songs were created. Scott was very open/not guarded and he seemed genuinely happy to be back with his original band. His vocals were in the pocket and pitch perfect. His classic, deep, resonating voice had such a hypnotic vibrato reverb. He really put his soul into each and every song. We agreed that he hasn’t sang this on-point for many years. His energy was fierce.

Stripping down throughout the night, he first removed his suit coat, then his scarf and finally the hat. He was quite playful! He sang on the megaphone for a few songs. He smoked a few cigarettes. He worked the entire stage and danced the whole time. The band chose a great song list for the entire set. All of the true STP/Scott fans were singing along and loving it! Scott did not hesitate to get involved with the crowd. He almost jumped right in with us. We were delightfully sprinkled with his sweat; he was that close. Towards the end of the set, the guitarist and vocalist Robert DeLeo, introduced the band members for the 1st time EVER! He said the band has NEVER introduced one another until this very show. What a treat.

Just when we thought they were finished, the audience began to chant “STP” to provoke the boys to come back for one more. STP of course came back out for a few more songs. They threw out memorabilia like T-shirts, saucer shaped frisbee things with their STP logo, guitar picks and drum sticks. 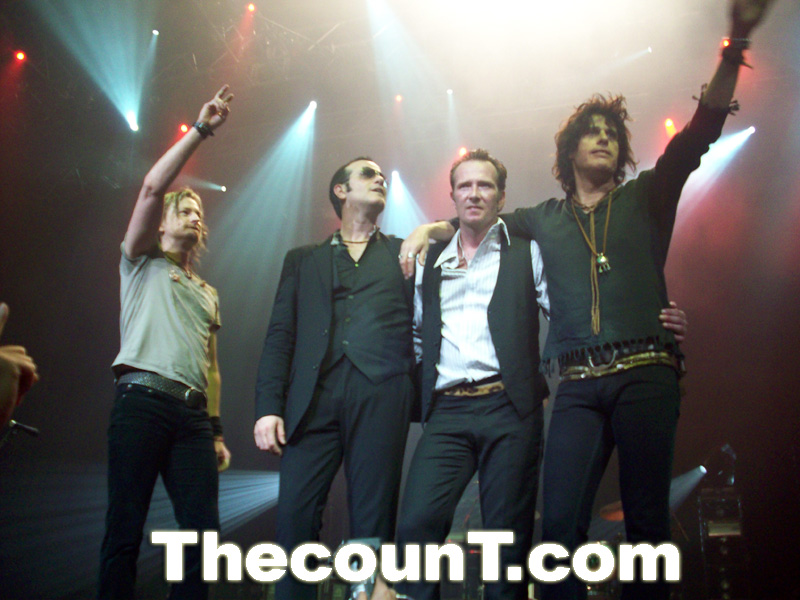 They ended the show by joining together front and center stage. They smiled and waved to the audience for their last time, (”for a very long while”, stated STP bassist, Robert DeLeo) as STP. We were feeling like emotional and proud mothers! Scott was truly happy.