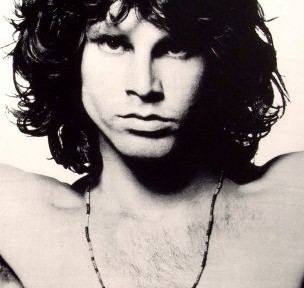 The Doors’ Jim Morrison would have celebrated his 65th birthday. This year, the momentous occasion will be marked at Barney’s Beanery, the legendary West Hollywood hangout on Route 66, which served as a stomping ground and home away from home for the rock icon. Since moving to its current Santa Monica Blvd. location in 1927 from Berkeley, the historic venue has hosted a variety of counter cultural legends over the years from the worlds of avant-garde art, movies, literature and rock and roll.

Both Ray Manzarek and Robby Krieger of The Doors will be on hand that evening for a special live broadcast on L.A. rock station 95.5 KLOS, hosted by famed “Last D.J.,” Jim Ladd. The three will discuss and sign copies of Live at The Matrix 1967, a live CD on The Doors’ Bright Midnight Archives and Rhino Records. The two-CD set, which was recorded in San Francisco over two nights in March ’67, will be available on November 18th. The shows took place shortly before the group broke on through with their hit Summer of Love single, “Light My Fire.” Winners of a 95.5 KLOS contest will get to meet and greet Manzarek and Krieger.

“We decided to celebrate this occasion because Barney’s is a place where Jim Morrison hung out often,” says Barney’s Beanery principal David Houston, who bought the place in 1999 from Erwin Held. He is only the third person to own the famed venue after original founder John “Barney” Anthony and Held. “Whatever point in time you go back to, whoever was making history in pop culture, they seemed to have a foot in the Beanery.”

In the late ‘60s, Morrison and Janis Joplin were regulars at Barney’s Beanery, with Jim famously barred from the dining establishment for allegedly urinating on the bar. Houston will commemorate the event with a memorial plaque to mark the exact place.

“I’m hoping Ray’s incredibly sharp memory will help us locate it,” says Houston. “Wherever he says it happened, that’s where we’ll put it up.”

The locus of The Doors’ history, notes Houston, took place largely in a one-mile radius of the Beanery, with the band’s label Elektra headquarters and Jim’s girlfriend Pam’s clothing boutique on La Cienega Blvd., the group’s offices around the corner, the Alta Cienega Hotel, where Jim often stayed, just down the street, and the Whisky-a-Go-Go, where they regularly performed, just up the block on Sunset.

After opening new Barney’s locations at the Third Street Promenade in Santa Monica in 2004, and in Old Town Pasadena on Colorado Blvd. in 2006, Houston is set to launch two new Beaneries, one later this month in Burbank and another next year in Westwood.

Rhino’s Live at The Matrix 1967 is the fourth of the Bright Midnight Archives releases, and features liner notes by all three surviving members of The Doors and brand-new cover art by renowned San Francisco artist Stanley Mouse. Whereas the three previous collections documented The Doors’ final 1970 tour, this latest edition takes you back to the early days, when the band was still working out arrangements and lyrics.

“This is probably the closest we’ve come to a true document of The Doors without constraints,” says the band’s longtime producer/engineer Bruce Botnick, who worked on the reissue. “You’ve never heard the group quite like this.”