This is Karen Pearson, the lead prosecutor taking-on Aurora theater shooting suspect James Holmes. Pearson is pictured arriving at the courthouse in Centennial, Colo., on Monday, Jan. 7, 2013 for a preliminary hearing. 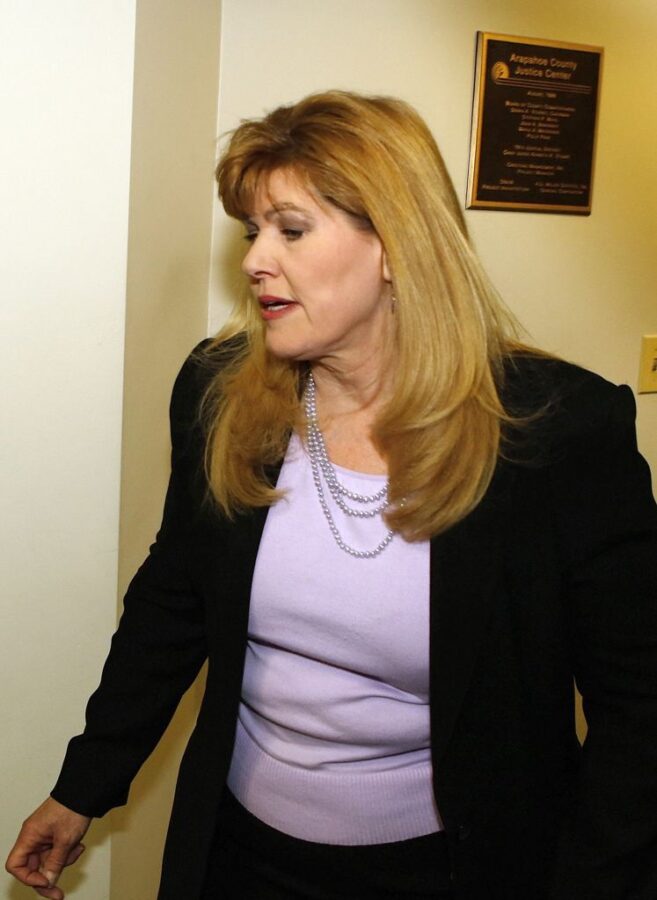 Get ready to suspend your belief systems big-time because in several establishing shots of the Gotham City skyline we see a prominent Freedom Tower, exactly like New York City’s Freedom Tower, and it’s even under construction, just like the real tower would have been during the filming of The Dark Knight. Huh?

Even-though Gotham is supposed to be a make-believe city, Christopher Nolan decided to use the tower as a specific call-back to the events of 9/11, a representation of New York City’s Gotham City’s complacency in the years following the Joker’s reign.

So you think I’m reading too much into all this? Just check out one of the posters created for Dark Knight, remind you of anything? 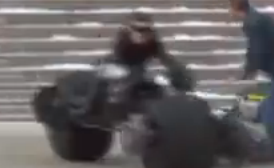 Great video clip from my friends over at TMZ.

The budget for “Batman: The Dark Knight Rises” might have just jumped up another six figures — because last Friday, Catwoman’s stunt double BARRELED through a super-expensive IMAX camera.