By request, George W. Bush’s full statement on the lost of his “pal” first dog, Barney. 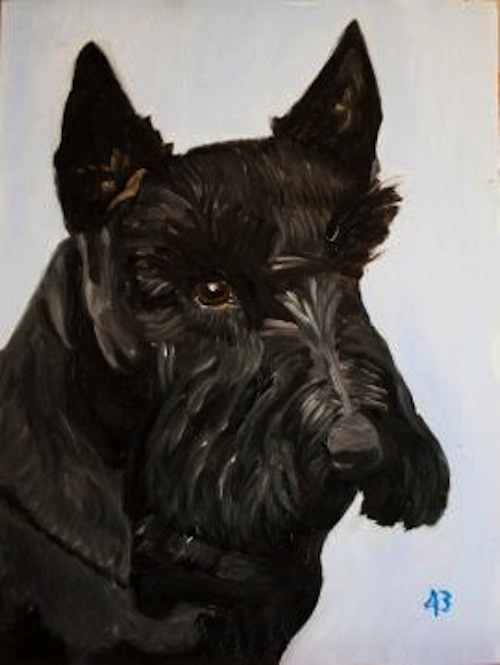 (President Bush painted this oil himself.)

Laura and I are sad to announce that our Scottish Terrier, Barney, has passed away. The little fellow had been suffering from lymphoma and after twelve and a half years of life, his body could not fight off the illness.

Barney and I enjoyed the outdoors. He loved to accompany me when I fished for bass at the ranch. He was a fierce armadillo hunter. At Camp David, his favorite activity was chasing golf balls on the chipping green. 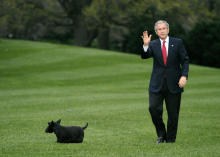 Barney guarded the South Lawn entrance of the White House as if he were a Secret Service agent. He wandered the halls of the West Wing looking for treats from his many friends. He starred in Barney Cam and gave the American people Christmas tours of the White House. Barney greeted Queens, Heads of State, and Prime Ministers. He was always polite and never jumped in their laps.

Barney was by my side during our eight years in the White House. He never discussed politics and was always a faithful friend. Laura and I will miss our pal.

A huge force of over 600 volunteers braved the cold weather searching for a 13-year-old girl who had gone missing from her bedroom, without her glasses, shoes, coat or cellphone. 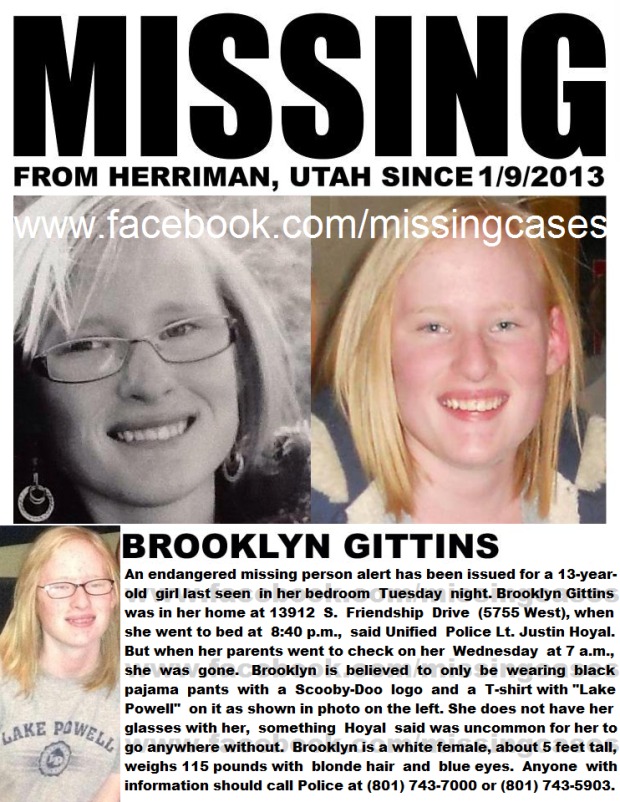 The young girl was last seen at bedtime on Tuesday evening. There was no signs of forced entry into the home.

Everyone involved in the case is holding out strong hope that the girl is a simple runaway as she has run away once before, but one of the big concerns is that she left without her stuff, indicated cops.

Investigators have not ruled out the possibility of girl leaving in a car or some other type of vehicle.

Weather may not cooperate as a cold front approaches the area. Temperatures expected to stay below freezing. The National Weather Service is predicting 3-5 inches of snow in Herriman Thursday night.

Brooklyn Gittins is described as 5 feet tall and 115 pounds, with blond hair and blue eyes — was last seen wearing a T-shirt and black pajama pants with an image of a white Scottie dog. Other reports say her pajamas may have been imprinted with the Scooby Doo logo.

A search helicopter and several dog teams were combing the area as police advised residents of the situation.

Authorities will pull volunteers off the search once it gets dark or the snow storm hits, whatever comes first, he said.