Family and friends of Bobbi Kristina Brown held a prayer vigil dubbed ‘Shining a Light of Healing for Bobbi Kriss.’ Brown remains on life support at Emory University Hospital after being found unresponsive in her bathtub.

The vigil was held at the amphitheater in front of City Hall at the Riverdale Town Center, only a handful of family members were in attendance. 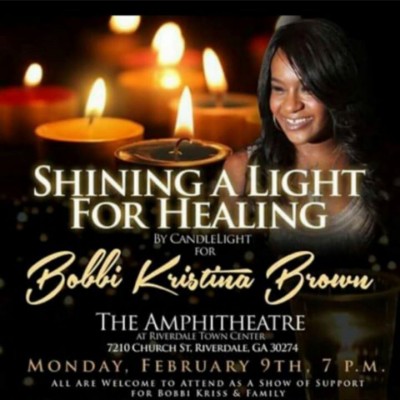 Brown is the only child between singers Bobby Brown and the late Whitney Houston. Houston was also found unresponsive in a bathtub on Feb. 11, 2012 and later died. Brown’s relatives have said Bobbi Brown is in a hospital “fighting for her life.” END_OF_DOCUMENT_TOKEN_TO_BE_REPLACED