The image was reportedly recovered from a cell phone at the restaurant just one day after Castillo received a reprieve to appear in court in connection with charges of obstruction of justice and money laundering. END_OF_DOCUMENT_TOKEN_TO_BE_REPLACED Officials earlier estimated that 10 to 12 had been kidnapped, based on the confused nature of evidence at the crime scene. END_OF_DOCUMENT_TOKEN_TO_BE_REPLACED A group of gunmen pulled up to a restaurant in the tourist section of Mexico’s Pacific resort town of Puerto Vallarta early Monday and kidnapped a group of people, the attorney general of the state of Jalisco END_OF_DOCUMENT_TOKEN_TO_BE_REPLACED

Selena Gomez was recently forced to defend herself on Instagram after being sharply criticised for donning an undersized pink bikini. Another issue seemed to be some apparent weight gain.

Now the singer may be in for some more grief after being spotted in Mexico in this mix-matched number. 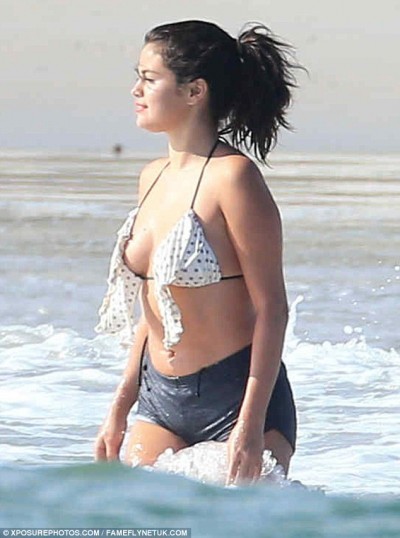 Feeling body confident, the 22-year-old wore a black and white skimpy string bikini which had frills at the front which drew attention to her assets. h/t dailymail

People on social media are being accused of fat shaming the singer. The gang pointed out her obvious weight gain, as well as for wearing last season’s bikini. Check out the photos above to see Selena in her lighter years from summers’ past. 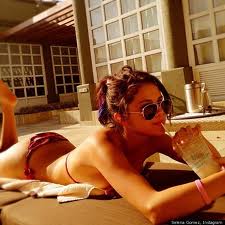