Kylie Jenner told HollywoodLife that she won’t ever date someone like Justin Bieber or Austin Mahone because they’re ‘lame’ and don’t compare to the much older Tyga, – but in the real world, Jenner is doing something much lamer.. Our insiders tell us that the sad truth is, the reality star has actually been “hired” by handlers to date Tyga in an effort to thrust the rapper into the thus-far elusive the spotlight..

Lindsay Lohan was exposed (by THECOUNT) in the same Hollywood “date for hire,” scam when she showed up with a dude named Max, from an all-but-forgotten boyband, The Wanted. 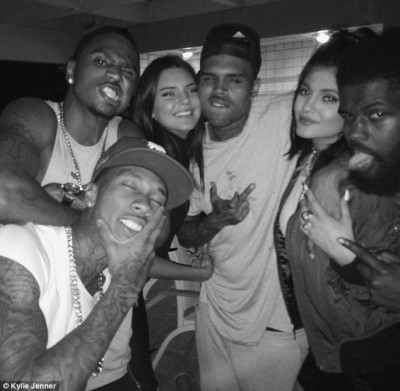 “Kylie’s clearly in awe of Tyga and loves being treated like his princess, even though they’re just friends. But she has told her sisters many times, ‘I can’t wait to be 18. END_OF_DOCUMENT_TOKEN_TO_BE_REPLACED