Sen. Al Franken has suddenly pulled out from an upcoming Kathy Griffin book event – one day after he appeared on news shows saying he would still appear.

Griffin is experiencing huge backlash generated by a video in which the comedian posed with what looked like President Donald Trump’s severed head. Franken backtracked Thursday, saying “it would be best” for Griffin not to appear at the event.

“After hearing from many Minnesotans who were rightfully offended, I’ve come to the conclusion that it would be best for her not to participate in the event we had previously scheduled. I understand why Minnesotans were upset by this, and I take that very seriously,” Franken told Politico Thursday. END_OF_DOCUMENT_TOKEN_TO_BE_REPLACED

Sharp as a tack Judge Jeanine took to Youtube to share her feelings on why she does not accept Kathy Griffin’s “fake” apology. Griffin was featured on video holding the severed head of President Trump.

“You’re causing harm, not only to the nation, but to the first family and an 11-year-old boy” Jeanine said in the one minute seven second video. The good judge points out that Griffin started her videotaped apology by saying she is “just now seeing the reaction.” Jeanine went on to note that “even Don Rickles wouldn’t do that!”

END_OF_DOCUMENT_TOKEN_TO_BE_REPLACED

Kathy Griffin has enjoyed roles on hit sitcoms such as “Seinfeld” and “Suddenly Susan.” And it’s also notable that the shock comedian is a two-time Emmy-winner with her own reality series, “Kathy Griffin: My Life on the D-List“.

But now that the fiery redhead has single-handedly wrecked her own career, let’s just say she’s amassed a nice little rainy day fund. Griffin has amassed a cozy nest egg with an estimated net worth of about $20 million dollars. In 2001, Griffin married Washington D.C. native Matt Moline. The marriage lasted until 2006. Griffin was romantically linked to Apple co-founder Steve Wozniak when they attended the 2007 Emmy Awards together. In 2011, Griffin announced on Howard Stern’s radio show that she was romantically involved with actor and former NFL practice-squad player Isaiah Mustafa. END_OF_DOCUMENT_TOKEN_TO_BE_REPLACED

Anderson Cooper tweeted his disgust over his friend and colleague Kathy Griffin‘s controversial photo which depicted the comedian hold the severed head of President Donald Trump.

“For the record, I am appalled by the photo shoot Kathy Griffin took part in. It is clearly disgusting and completely inappropriate,” Cooper said on Twitter. CNN is also evaluating its relationship with Griffin’s role in its annual New Year’s Eve coverage she co-hosts with Cooper:

“We found what she did disgusting and offensive,” CNN said in a statement Tuesday. “We are pleased to see she has apologized and asked that the photos be taken down. We are evaluating our New Year’s Eve coverage and have made no decisions at this point.” END_OF_DOCUMENT_TOKEN_TO_BE_REPLACED

Poor child.. Reports say, Barron Trump was watching television Tuesday at home with his mother, First Lady Melania Trump, when Kathy Griffin‘s photo splashed on the screen, and his initial reaction was that something terrible had happened to his father.

Trump family sources told TMZ Barron was in front of the TV watching a show when the news came on and he saw the bloody, beheaded image. We’re told he panicked and screamed, “Mommy, Mommy!” As it was put to us, “He’s 11. He doesn’t know who Kathy Griffin is and the head she was holding resembled his dad.”

President Trump blasted Griffin for posing with the head, saying, Barron was having a hard time dealing with it. END_OF_DOCUMENT_TOKEN_TO_BE_REPLACED

The $100 million woman, Melissa Rivers, getting right to the heart of the matter after being approached and asked a question by a TMZ photog..

When asked about her one Christmas wish, Melissa simply said that all she wants is her son, 13-year-old Cooper to laugh again. Heartbreaking.. 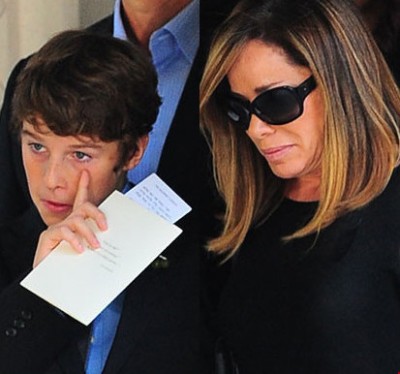 END_OF_DOCUMENT_TOKEN_TO_BE_REPLACED

Anderson Cooper making out with Madonna at a GLAAD event while she was dressed like a Boyscout… I’m not sure if this is deplorable OR funny! But I know one thing for sure, I’ve seen everything! Remember it was only New Year’s Eve that Cooper got his crotch kissed by rude and crude Kathy Griffin! 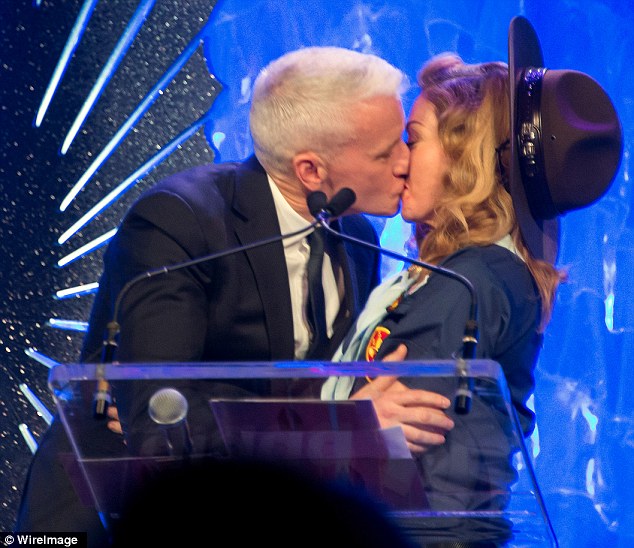 END_OF_DOCUMENT_TOKEN_TO_BE_REPLACED

Comedian Kathy Griffin really wants to be in Oprah’s Book Club.  So much so that she’s started her own online petition to get her latest memoir, Official Book Club Selection: A Memoir According to Kathy Griffin, to be Oprah’s selection.  As we all know, when Oprah chooses a book for her book club, the sales skyrocket.  Griffin no doubt wants the sales but also the publicity.

Griffin wrote a letter to Winfrey about how much she’d love to be invited on the show for her book.  She listed all the fun things they’d do, how high the ratings would be and how much people would love it.  Little it known about how or why Oprah chooses the books she does so maybe his will work.  But probably not.  Still, nice try Kathy.

Seriously this is unreal!!! Props to her for  having the balls to do something like this. Rumor is she did this for an episode of My Life On The D-List (not surprising). Work those ratings girl!!