TARRANT COUNTY, TX. (THECOUNT) — Former Texas Rangers Josh Hamilton turned himself in this afternoon in Fort Worth on an allegation of injury to a child, a 3rd degree felony. 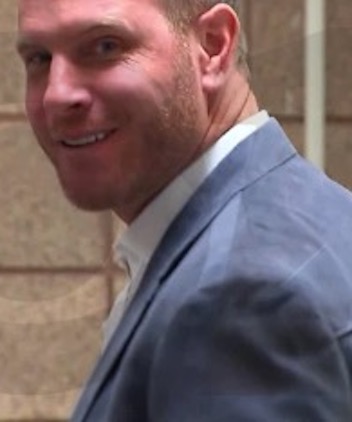 One of his bond conditions was not to have contact with one of his daughters, and then that was expanded to any child under 17, reports DWFCBS.

Hamilton was inducted into the team’s Hall of Fame after spending five memorable seasons with the Rangers. During his time with the team from 2008 to 2012, he helped lead the Rangers to two World Series appearances and won AL MVP in 2010. He was also selected for the MLB All-Star games in those five seasons.

He joined the Rangers after being traded from the Cincinnati Reds in December 2007. That’s when Hamilton said he became “part of something truly incredible for the next five seasons.” 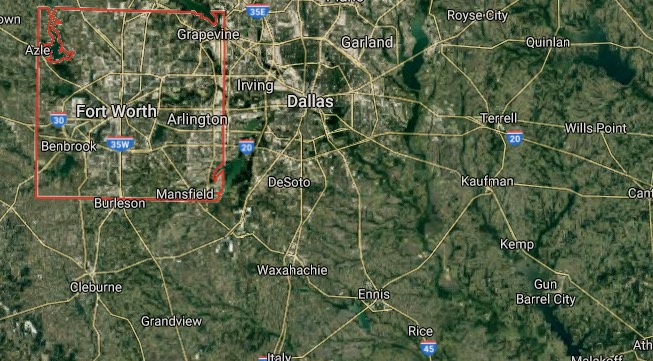 Geo quick facts: Tarrant County is a county in the U.S. state of Texas. As of 2010, it had a population of 2,054,475. It is Texas’ third-most populous county and the 15th-most populous in the United States. Its county seat is Fort Worth – Wikipedia.

Nice way to mix it up? Or come on girl, ENOUGH! Comment below!

Bellino, 37, showed off her curves in a pink lace and zebra print ensemble complete with silver heels while working the Encore Beach Club located at the Wynn Las Vegas. 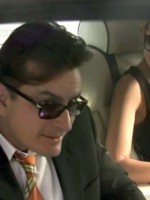 Tuesday night, Charlie Sheen’s Torpedo of Truth Tour was in Washington D.C. and the star was escorted to the show by the police.  Now the escort in D.C. is under investigation.

Multiple police cars were ordered to escort Charlie Sheen from the airport to his show because he was running late.  Sheen’s tweet “in car with Police escort in front and rear! Driving like someone’s about to deliver a baby! Cop car lights #Spinning!,” has sparked an investigation to find out who authorized the escort. The tweet included a photo of the speedometer at 80 mph.

The police released a statement explaining that the escort was done as a reimbursable detail where the government is reimbursed for the services that they provided. And they are now admitting that the escort should not have happened.

Councilman Phil Mendleson said that normally the fees charged are approximately $50 per officer per hour.  He met with D.C. Chief of Police Cathy Lanier yesterday and found that Lanier did not authorize the escort.

Internal affairs is investigating the matter to find out who authorized the escort. Escorts are normally reserved for dignitaries such as the president, top federal officials and diplomats.  Other exceptions for celebrities are for when there are large crowds and there are safety issues.

Charlie Sheen is seeking an intern! Sheen posted this Twitter with a link to apply.
“I’m looking to hire a #winning INTERN with #TigerBlood. Apply here – http://bit.ly/hykQQF #TigerBloodIntern #internship”

Following the link will lead you to this site where you can apply.
Deadline: March 11th, 2011
Position: Full-Time, Paid
Timeframe: Summer 2011 (8 weeks)
Description: Do you have #TigerBlood? Are you all about #Winning? Can you #PlanBetter than anyone else? If so, we want you on #TeamSheen as our social media #TigerBloodIntern!

This unique internship opportunity will allow a hard-working, self-motivated, creative, resourceful and social media savvy individual to work closely with Charlie Sheen in leveraging his social network. The internship will focus on executing a social media strategy that will build on the success Charlie Sheen has attained in setting the Guinness World Record for the fastest time to reach one million followers on Twitter. The #TigerBloodIntern is expected to be proactive, monitor the day-to-day activities on the major social media platforms, prepare for exciting online projects and increase Charlie’s base of followers.

You will learn how to promote and develop the social media network of Hollywood’s most trending celebrity.

Many who caught Charlie Sheen’s second video go of “Sheen’s Korner” instantly hit Twitter and facebook saying, in one way or another, Sheen looked to be someone under the influence. The Sheen Machine was super charged.

Now common wisdom would say that someone who quits large amounts of drugs, abruptly, might go through a long period of withdraw marked by a lot of down time. Sheen has appeared and even proved through drug tests to do the impossible, springing back to uber-life seemingly instantly. I applaud Sheen for making it this far and pray for it to continue. Having said that…

There is a legal designer drug craze that has left authorities scratching their heads as to how to govern the substance. Sold legally as “Bath Salts” the powder is pushed in head shops and liquor stores and even peddled to Hollywood’s elite. The losing users of the salts, snort, smoke and even inject the foreign substance. The high is said to be simular to cocaine or meth, go figure. And yes, there have been numerous bizarre and violent incidents attributed to the abuse of the salts. The substance does NOT show up in any known drug tests.

With the exception of a few states, the salts are legal. The Feds are surely planning some sort of nationwide ban, grappling with the process of making an unknown stimulant, sold as bath salts, produced in China and India, illegal in America.

“You’re either in Sheen’s-Korner or you’re with the trolls.” so says Charlie Sheen and tonight you can see what he means about trolls and a world of other subjects. Live broadcast is said to go off at 7 PM PST.

Sheen went from relative Twitter obscurity to over 1 million followers in only 25 hours.

It has all of us within it’s pages. most Twitter followers EVER, 24 hr period. they should change it’s title; “The Guinness Book of Us” c

Vicki Gunvalson, one of the ANNOYING stars of Bravo’s Real Housewives of Orange County, recently received a death threat from an obsessed female fan regarding something Gunvalson ANNOYINGLY said to co-star Jeana Keough. Keough also got an email threatening Gunvalson (the fan said she’d “take care of Vicki for her”) and spoke to RadarOnline.com about the troubling situation because we all know Vicki is actually REALLY ANNOYING and we aren’t surprised. Violence is never the answer even though Vicki is super duper ANNOYING.

“This is a highly edited show and people should not take it too seriously,” Keough said. “They cut something from one show and edit it to a segment from another episode. Unfortunately, there are a lot of crazy people out there and this person perceived that Vicki was being mean to me.”

The former Playboy Playmate expressed some other reservations about the show’s current workings. “Personally, I wish we would carry more positive messages as we did in seasons one and two – where we told people not to do drugs or to drink and drive for example,” she said. “But I guess the producers have other ideas – maybe that’s why I’m not in the show that much any longer because I’m boring.”

As far as her relationship with Gunvalson, the two are doing fine. “As far as I know Vicki is doing okay but the police are right to take this threat seriously that’s why I forwarded the e-mail to her.”

Orange County cops are still investigating the death threats made against Gunvalson.

Okay, so I’m not afraid to admit that I’ve caught myself watching just about every season of The Real Housewives of Orange County. When the show is over I usually don’t see any housewives in the media, but leave it to Gretchen Rossi to pop that cherry!

Now that her sugar daddy..I mean boyfriend has passed away, Rossi has moved on to a richer and finally younger man…Slade Smiley to be exact! Wow, first Slade dates Jo THEN the blond houswife who gets botox every minute, and now Gretchen. Although I pray these two get checked for sex dieases, I must admit they’re a cute couple…actually I’m totally DISGUSTED, she’s such as gold digger it makes me want to vomit!

Word on the street is Charlie Sheen’s kids we in a car accident on PCH. Lola, 3, and Sam, 4, were getting a lift by the nanny when they got hit by a honda. Apparently they were not injured in the crash. Sheen shares custody along with his wife Denise Richards.