On Friday night, we attended the 30 Seconds to Mars concert on April 9, 2010 at “The Pearl” theater, inside “The Palms Hotel and Casino” Las Vegas. If you don’t know who this band is, you might know who actor Jared Leto is, and he is the lead singer of the band.

I was going to review the concert, but we didn’t request media passes until the day before the concert, so we didn’t get any! I went ahead and filmed some highlights of the concert. Jared was really entertaining, especially when he surprised the audience and came into the audience! It was so awesome! Jared had his hair in a mohawk, and he dyed it magenta! You can really spot him in the crowd! Check out the videos, and sorry about the blurry/out of focus moments. I have no idea what Gerard Butler is basing the comments he made talking to a British magazine  but nevertheless here they are,

“I enjoy doing an array of films. If I was to play Bond, that would quickly stop. How likely would I be accepted doing those roles after having played Bond?  People outside of movies think it would be amazing to play 007, but as an actor you think, ‘Well I don’t know because from then on…?”

I can think of most all the actors who played Bond going on to have great acting careers so what is Butler on about? If he wants to have a truly lasting career he’ll quitting jobs before he even gets them.

Virgin records, also known as EMI Records, put a lawsuit on Jared Leto’s band 30 Seconds to Mars for $30 Million!
Why?! Apparently, one rumor was that the band did not put out enough records as fast as Virgin wanted them produced. The other rumor which is the TRUTH, is that the band signed a 9 year contract with Virgin, which happens to be illegal because California law states you can only sign a contract for 7 years, not 9 years. These long contracts are normal with the majority of hot artists’ record deals. Well, in the last year, the band was trying to terminate their contract with Virgin for a few legit reasons. First, 9 years should have been 7 years. Second, The band has not received a single penny for selling 2 million records. Third, the band is somehow in $1.4 Million of debt for unknown reasons, which is owed to Virgin. The band is wondering if their next record will rake in enough money to pay off their unknown million dollars of debt?? Will Virgin take the money again?
This battle between 30 Secs to Mars and Virgin has been boiling for the last year. Within this time, the band has been working on a new record even featuring artist Kanye West. The band is really excited and said they have been “putting our hearts, hopes, and dreams into making a record that means absolutely everything to us.”
With all that the band has been through with Virgin Records along the way to their success, fame and notoriety, the band and Virgin Recs decided to call a truce rather than proceeding with the $30 Million lawsuit. They dished out their differences and 30 Seconds to Mars decided that they will renegotiate their contract with Virgin and resign. 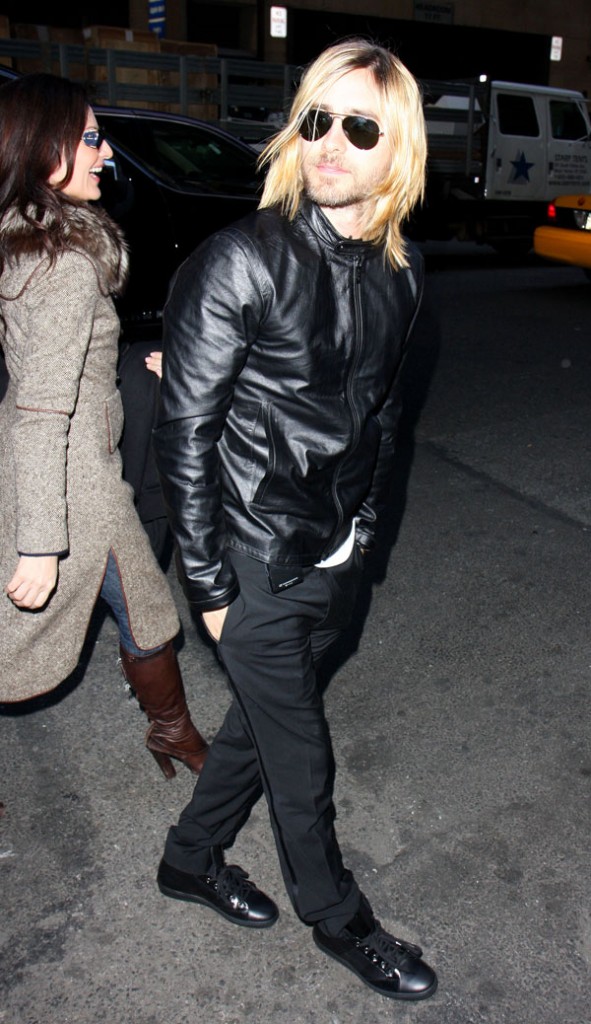