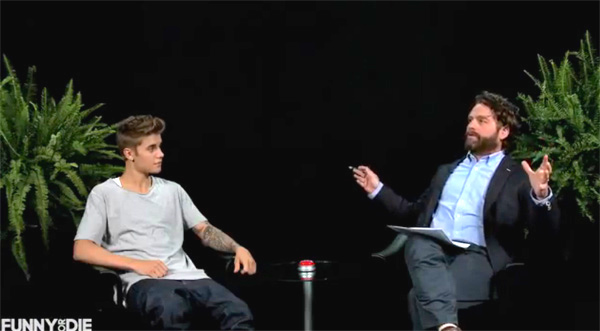 Funny or Die series Between Two Ferns will star Barack Obama in an episode filmed two weeks ago. The comedy is scheduled to be released early tomorrow morning. The interview was part of an ongoing attempt to promote Obama’s policies through fun, viral appearances. source.

Online bidding nazis, eBay, just canceled the Jim Carey memorabilia auction by the dude who cleverly promised the proceeds would go to funding the purchase of firearms! This after the actor received serious public backlash over a Funny or Die video goofing on gun owners… Really eBay? 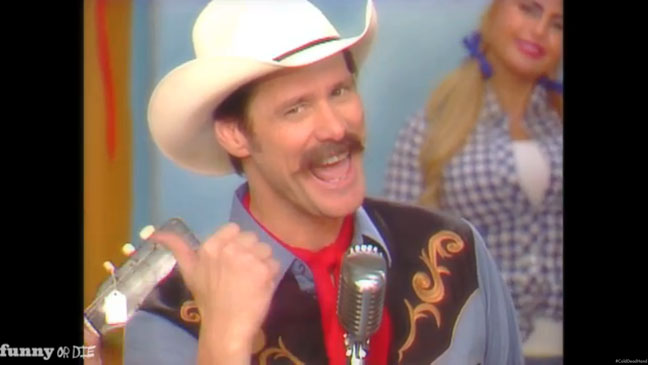 END_OF_DOCUMENT_TOKEN_TO_BE_REPLACED

Mariah Carey says that she lost 30 pounds in 6 months, by doing the old Jenny Craig diet, who she is also the new spokeswoman for.

Jenny Craig is like, ‘We’ll pay you a s*it load of money to lose weight!’… Carey’s like ‘I’m in!’. Carey is on May’s cover of Shape Magazine. Check it out: 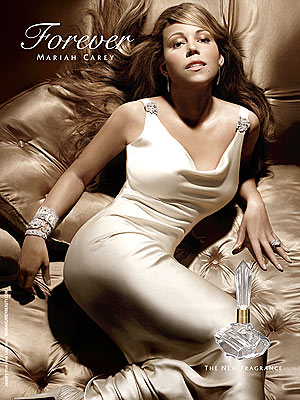 Mariah Carey is launching her own perfume in September. This is the ad campaign photo for her “Forever” perfume.

The floral scent contains notes of lotus blossom, tuberose, gardenia, exotic woods and white musk. Mariah had this to say about the new product: “Fragrance is so personal and Forever captures that glamorous feeling that I want to share with my fans.”

You will be able to buy her perfume on the Elizabeth Arden website.

I must add that I don’t think this is Mariah’s most flattering angle for photos. Do you think it is?

Only the second July on record that the No. 1 album dipped below 100,000 copies sold.

Not one album on the top Billboard 200 sold more than 100,000 copies, a dreary feat not seen since SoundScan started tracking album sales in 1991.

For the music industry the forecast for next week looks no better in an already sad state of affairs with only mediocre releases slated for that period.

A lot of folks would not be surprised by dwindling data registered by album sales, these people most likely would be teenagers and young adults who live in an era of free and/ or shared internet music, and if they were to actually buy music it would be a single song of their liking.

Mariah Carey’s new album will feature major advertisers in the booklet as well as marketers hawking Carey’s perfume along side the album in outlets such as Wal-Mart.

Where the music industry goes from here is anyone’s guess. Historically foot draggers when it comes to new technology, the simple fact may be it’s time to sell soap and not music at all.

Shane Hurlbut, the DP, made the cardinal mistake by walking through a live set on “Terminator: Salvation,” Bale was in the middle of a big scene.

Bale is a nutty nut.

Christian Bale went nuts, screaming obscenities at the top of his lungs.Shane Hurlbut, (“Swing Vote,” “Semi-Pro,” “The Reckoning,” “Crazy/Beautiful”) must be mortified and probably won’t be working with Bale again.

It was not all that long ago, Bale was arrested for abusing his own mother and sister. Charges were dropped in that case after Bale made good with his mum.

This tape is proof positive Bale has a problem with his anger. Word on the street and In Touch magazine is CONFIRMING that Mrs. Mariah Carey-Cannon is 2 months pregnant. It will be the first child for both Ms. Mariah and her much younger husband, San Diego native, Nick Cannon.