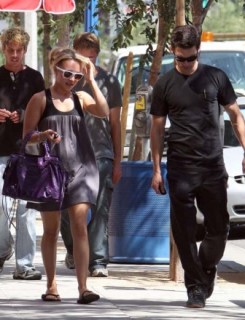 Earlier in the week, Heroes co-stars Milo Ventimiglia and Hayden Panettiere announced their break up. The couple cited a “lifestyle conflict” as the reason. Well the Chicago Sun Times begs to differ and claims a pregnancy scare led to the demise of the relationship. The publication reports:

The test proved negative but apparently caused friction that sparked the breakup.

Well maybe when they said “lifestyle” they were referring to their brand of condoms. Then perhaps  “conflict” would be the lack of using them.