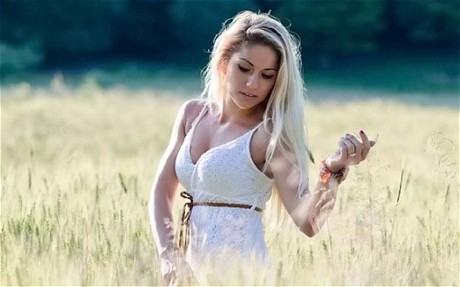 24-year-old model Mayka Marica Kukucova has reportedly given herself up in her home town after three days of being sought by Spanish police in connection with killing her boyfriend British millionaire Andrew Bush in Costa del Sol..

Miss Kukucova was accused of fleeing the murder scene containing -the wealthy jeweler lying in a pool of blood at his villa with two gunshot wounds to his head –in Mr Bush’s 4×4 Hummer, videos and messages she had sent to her former boyfriend emerged. source