A father callously videotaped over five minutes, as young school children repeatedly slipped and fell on an ice covered concrete sidewalk. The entire time, the father who himself is waiting to retrieve his young daughter, can be heard giggling as he predicts which kids might next fall victim to the slippery surface. 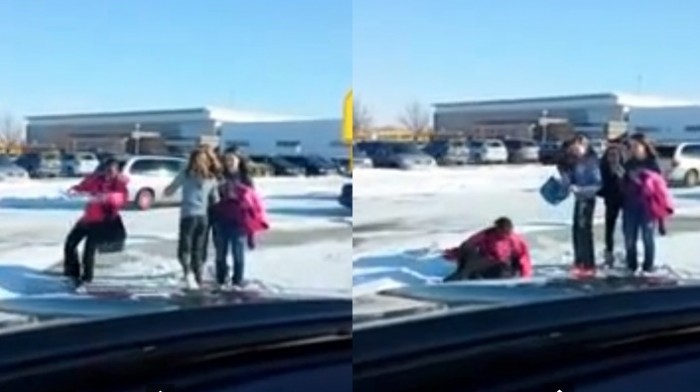 Alan Andersen, (the genius pictured below,) was waiting to pick up his OWN daughter from school on really cold day and to make the time go faster he recorded several of her classmates as they fell on a patch of ice. Not only did he film this for almost 5 minutes, he laughed at them the whole time as he guessed which ones were going to go down. END_OF_DOCUMENT_TOKEN_TO_BE_REPLACED