HOLLYWOOD, CA. (THECOUNT) — Isaiah Lee has been identified as the suspect who rushed the stage, tackling comedian Dave Chappelle, during his performance at the Hollywood bowl Tuesday night.

Lee, 23, somehow evaded metal detectors and Bowl security to attack the comedian during his show in Hollywood Tuesday night. 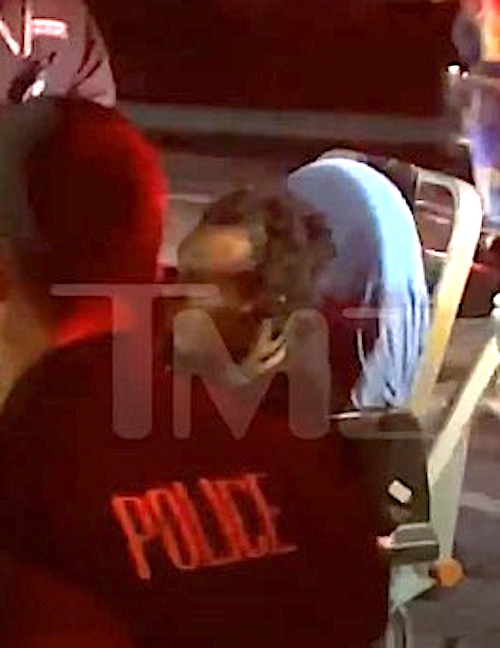 According to TMZ, toward the end of Dave’s show, which is part of the “Netflix Is A Joke” festival, a man in the audience somehow got on stage and manhandled Dave, tackling him violently and slamming him on the hard stage.

Law enforcement told TMZ, the attacker actually pointed the gun at Chapelle as he rushed him. We’re told the gun was not real, it was a replica of a semi-automatic. It also weirdly had a knife attached to the gun.

And … the question cops are asking this AM … how did this guy get past the metal detector?

An eyewitness tells TMZ … the attacker got up and started running as a swarm of people went after him. He was running around the screen on the stage when, as the eyewitness put it, “the mob caught up with him and beat the crap out of him, stomping on him.” The eyewitness says Jamie Foxx and Busta Rhymes got a few licks in.